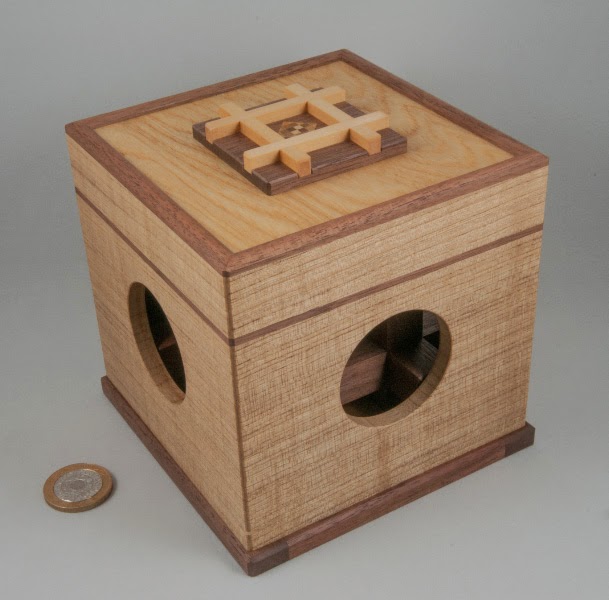 When Iwahiro interviewed Yoshiyuki Ninomiya back in 2006 for an article in CFF (recently published in CFF #92), he’d been crafting wooden masterpieces for 61 years. And he’s still creating highly desirable puzzles for admirers and collectors around the world today.

Whenever the Karakuri Club offers anything by Ninomiya, it’s only ever done as a lottery because they know it’ll be massively over-subscribed and the only way to ensure fairness is to randomly select lucky punters from those who’re interested in acquiring the latest piece… I’ve put my name down for them a few times and never been lucky. 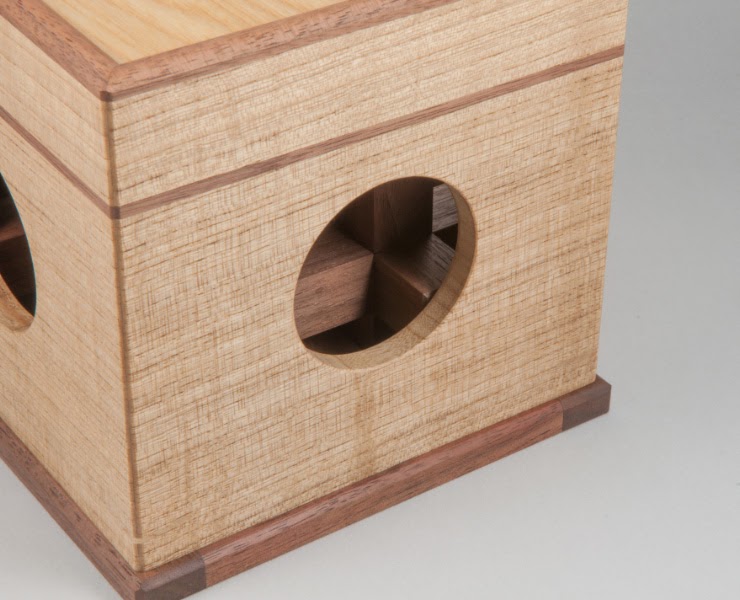 A short while ago my puzzle-supplier-in-chief got in touch and asked if I’d be interested in buying a new Ninomiya puzzle – my reaction was pretty predictable and a few days later I was opening a huge box from the Netherlands. There were a couple of little things and then the main event: a rather large puzzle box with a caged ball peeking out through round holes in the sides of the box. I think that the puzzle had been created for a special Karakuri exhibition last year and there weren’t a lot of them around, so felt very chuffed to have been offered this particular copy.

Initial impressions are that this isn’t a small puzzle – petite she ain’t! You can tell form the fact that my trusty two pound coin looks pretty insignificant next to this one. 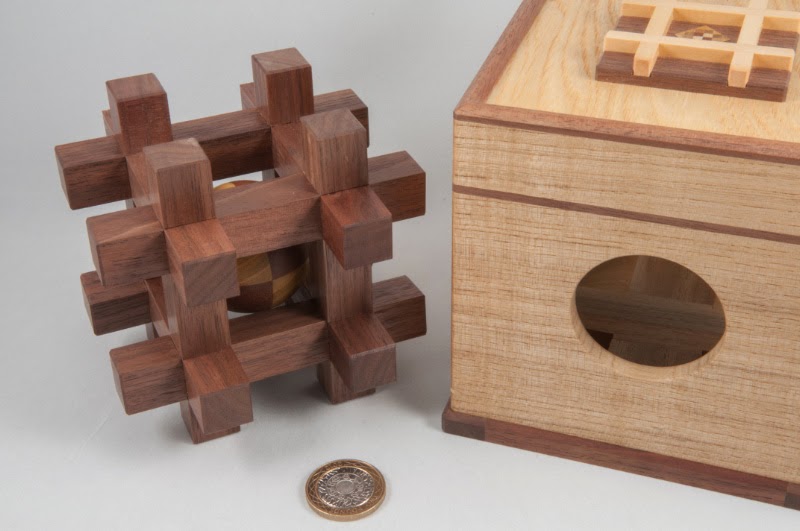 First order of business is to find you way into the box – it’s non-trivial, but not super difficult – and there’s a nice unusual bit in there that you might not be expecting. Take the lid off and you’re left with the burr cage with its trapped ball standing neatly on the base of the box.

The burr cage is the standard design that we’ve all seen a hundred times, but the execution is incredible. There’s no sloppiness whatsoever. Until you try doing the right thing, there’s no give at all. Try the right movements and it’s as smooth as butter. 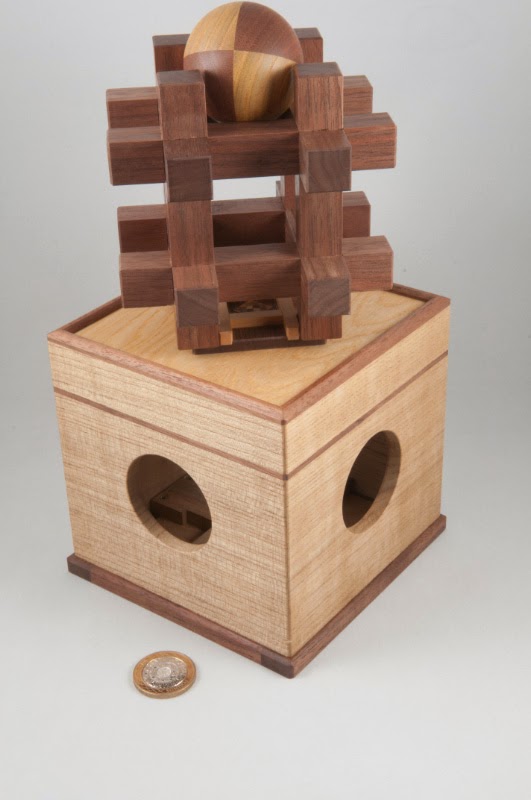 Disassemble the cage and the perfectly round wooden ball is released – the goal of the puzzle… but you’ll probably want to spend some more time just playing around with the burr cage, even though you know exactly how it works because the fit is just so perfect and the locking is spot on.

One of the neat little extra details is that bit of decoration on the top of the box – it’s actually a little turntable with a stand on it for the burr cage – so you can display it on top of the pedestal at an angle so it looks at its best.

My first Ninomiya piece isn’t a traditional Ninomiya puzzle box – but it’s rather unusual and still manages to show off his incredible skill as a craftsman – well into his eighties. It’s not hard to see why his work has such an incredible international following – it really is something special!