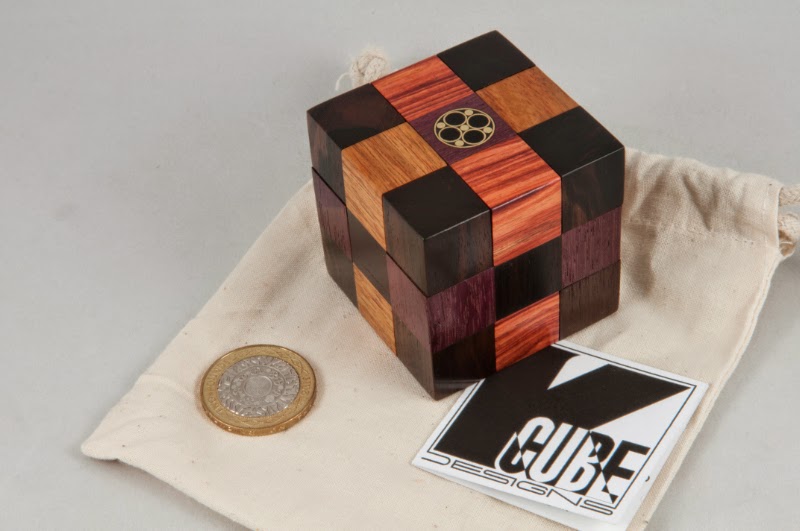 Kim Klobucher makes highly desirable little puzzle boxes, many of which have rather high move counts to open or close them. He typically puts a batch up for sale a few times a year and he seems to sell out entirely in around ten or fifteen minutes – you snooze – you’ve lost out!

I’ve tried to snag one of his boxes a couple of times in the past and never been lucky – one time I woke up at about 2am on a cruise ship in the Baltic in order to frantically hammer away at the on-board Wi-Fi trying to bag a box – and failed.

I thought I’d failed in the last round as well when I hadn’t received a reply to my request sent within minutes of the update going live, until a PayPal invoice turned up from Kim a couple of hours later. Turned out I had been lucky but somehow the confirmation email went awry – so I was a jolly happy little puzzler, who duly received a lovely Tulipwood K-419 a little while later.

K-419 is one of Kim’s standard puzzle designs that requires 419 moves to open and to close the box, which holds a marble as treasure and reward for opening the box.  As you’d expect from the relatively high move count, there’s an n-ary action spread across a number of sliders that form part of various sides of the box itself. Each slider can be in one of four positions and the boxes are that well made that when you’re solving them for the first time you’ll often find yourself not knowing which part will reveal itself as the next slider to move.

Solve them a few times and you’ll soon find yourself developing a comfortable grip that allow easy access to the sliders used most often and instinctively reaching for each subsequent slider as you progress through the solution.

Strangely therapeutic, they’re fun to run backwards and forwards and the progression is reasonably predictable so you can pick up a partially opened box and deduce fairly readily what you need to do in order to either open or close the box from there. 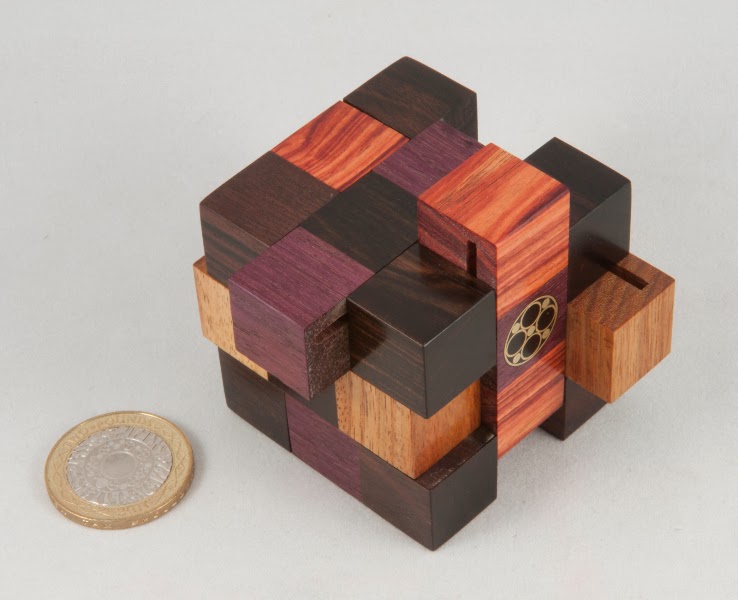 There’s a lovely little “feature” that will thoroughly lock the box up and prevent you from even starting the solve until you realise it’s there and make allowances for it.
Posted by allard at 20:15