A pair of empty Fuller boxes


I got my grubby mitts on a pair of older puzzle boxes from Eric Fuller recently. 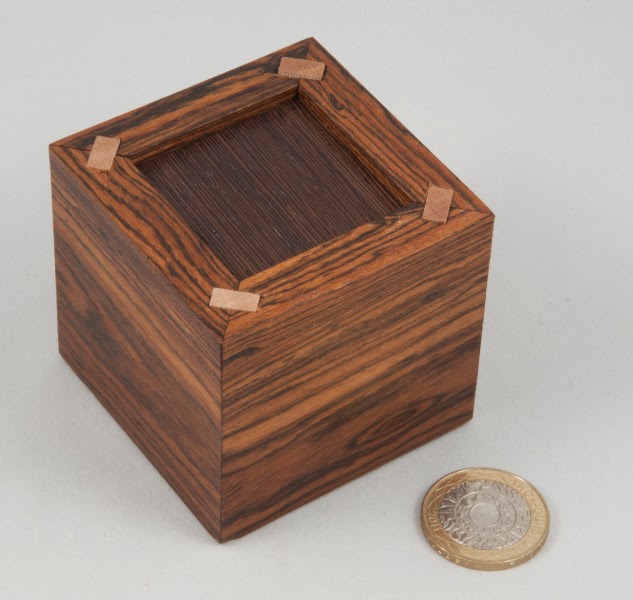 I picked up a copy of one of his Splined puzzle boxes from Wil Strijbos at IPP back in August. Originally offered for sale back in 2005, there were two variants in contrasting woods, and while they appeared to be identical from a design perspective, I’m pretty certain they had totally different locking mechanisms.

I managed to find a lonely copy of the Wenge Splined box in one of Wil’s many crates at the puzzle party and decided to give it a good home. It’s a neat little box that looks pretty impenetrable – it appears to have a pair of floating panels on the top and the bottom of the box with four mitred sides being properly secured by a set of Sycamore splines… 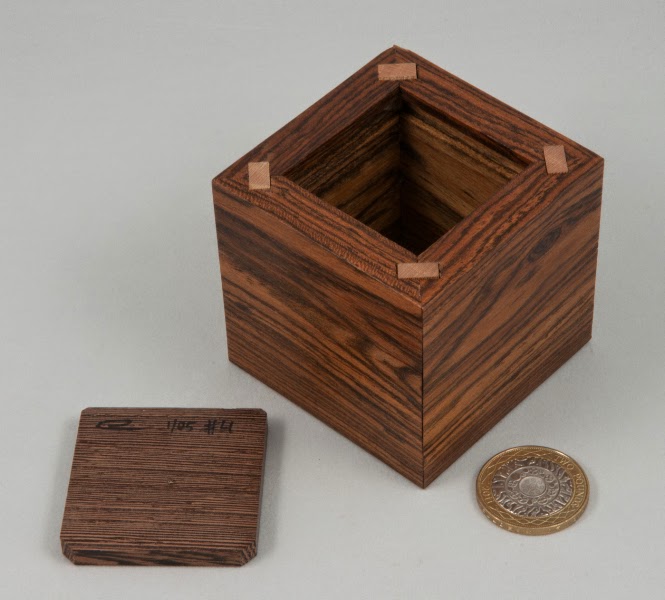 Fiddle around with the box for a little while and you’ll notice a few interesting things to experiment on … and then with a little intelligent sleuthing you’ll probably get yourself to where the box is almost open, but something’s still in the way – and getting past that final hurdle is a lovely touch that unites all the design elements of the box into the solution.

It’s a really cute box that makes use of all of the box’s features to provide an interesting mechanism and a fun solution. Locked up there aren’t many clues to the mechanism (just as it should be!) but it rewards exploration in the right direction by opening up new avenues as you progress… visiting puzzlers seem to enjoy it so I reckon it’s a fine little puzzle box.

The second Fuller box came from one of Nick Baxter’s recent auctions – the 16 Move puzzle box is now more than 10 years old having been first offered back in February 2004. Eric says he took inspiration for this design from traditional Japanese puzzle boxes – but his design doesn’t use any of the traditional sliding keys and locks. 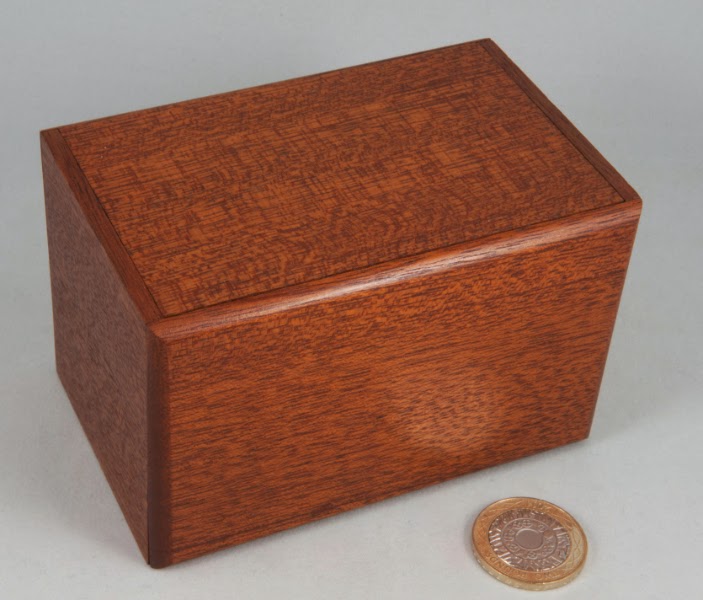 His design relies on the absolute accuracy of his work, and ten years on, that accuracy still gives unwary puzzlers a really hard time.

Finding the first panel to move is pretty straight-forward – making progress from there, isn’t.

When I said this design relied on Eric’s superb accuracy I really wasn’t kidding – to make any progress at all, you need to work out what the central idea is and then use it to get any further forward… of course having done that, there’s a lovely patch in the middle of the solve that still confuses me sometimes. 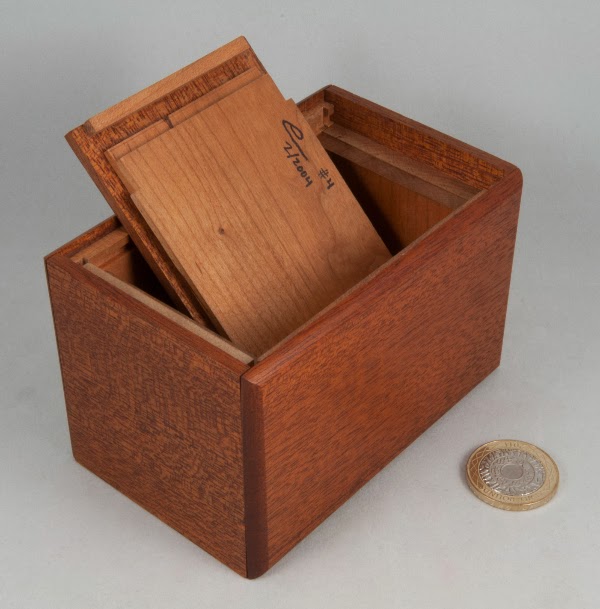 The first time I played with it I found myself running round and round in circles and managing to clock up a lot more than 16 moves without opening the box… and just when I was about to start doubting all sorts of things, the lid came off… leaving me relieved, but thoroughly perplexed!

It took several more goes at it before I could more or less predictably open and close this box… and even now, if I leave it alone for a while, it confuses me all over again.

It might look reasonably plain on the outside, but the design’s intriguing and the execution is faultless – and still behaves beautifully 10 years on…