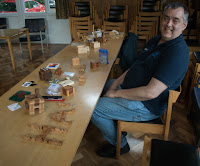 Early that evening I dispatched him toward London on a train so he could do a little sight-seeing before he headed back to Kansas – thanks for coming to visit and introduce yourself, Regan – it was really great to spend some time puzzling with y’all…
Posted by allard at 20:43