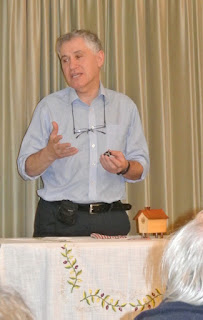 Back at the end of December I found myself on a train heading into London with a couple of treasured puzzles in my rucksack – Gill and I were heading to Peter Hajek’s annual End-Of-The-Year Puzzle Party, or EPP. Peter’s been hosting these puzzle parties at his home for the past six years and attracts a mix of puzzlers and magicians all of whom take turns to present their best puzzle finds of the year to everyone else.
Each year he also arranges some sort of entertainment and this year his friend Clive Panto had us somewhat flummoxed with his short magic show. Clive started out with a great effect that had coloured light bulbs slavishly following their colour-coded switches irrespective of where they were placed ... and a brilliant card trick that had his prediction impaled on a hunting knife embedded in Peter’s table – Clive had forgotten to bring his own! :-) 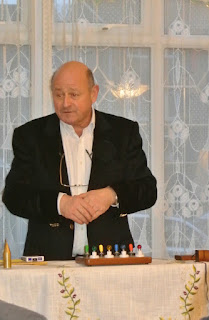 Steve Nicholls gave us a talk on his newest toy – a Makerbot 3D printer that he’s been using to build all sorts of interesting puzzles with. He gave us a demonstration of the printer in action over the course of the afternoon and showed us how easy it is to design and send files to the printer, for it to magically produce puzzles.  He’d brought along a box full of things he’d printed recently including a bunch of his wonky burrs that I’d seen on his Facebook page and had been featured on Thingigverse. They’re fairly simple burrs, except they’ve had their main axes twisted or slanted a bit and as a result are rather disorientating. Steve was dishing out samples left, right and centre and I was very chuffed to be given one of the wonky ones! Cheers Steve! 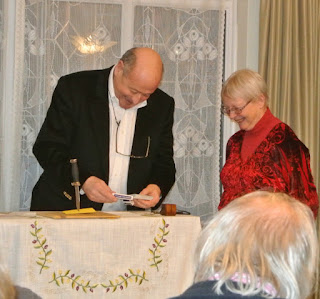 Most of the afternoon was taken up with each person presenting their best three puzzle (or magic) finds of the past year. I think these events are great as they not only let me live vicariously through others’ puzzle acquisitions, but they also invariably give you an insight into what they’re like as puzzles and where they came from.

My three best puzzle finds of 2012 were: 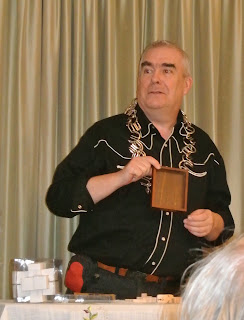 After everyone had presented their finds of 2012, Peter and Katja treated us all to a wonderful spread for dinner, then there was a free-for-all while folks rooted through everyone else’s boxes of swaps and items for sale... Wil had brought several crates of goodies over from Holland and seemed to have at least two people poring over his wares pretty much all the time. I picked up a copy of Cast Harmony from Wil and a copy of Peter’s Z-Shift that I’d previously missed out on before rooting through Martin Watson’s crates of surplus puzzles and relieving him of a few odd and ends as well.

Peter takes nominations from puzzlers around the world via Nobnet and then combines all of the submissions into a booklet with photos and a short write-up on everyone’s three best finds of the year... and about a week after the EPP, the first draft of the latest booklet arrived and it made fascinating reading...

This year’s most coveted puzzle was Jack Krijnen’s Level 5 Burr Set ... with 5 people selecting it among their best puzzle finds of the year – what makes that SO incredible, is that Jack only made 8 sets in total! 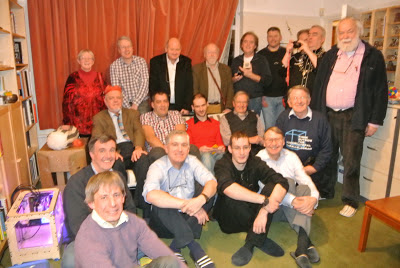 Sign up to Nobnet if you want details of this year’s inevitable EPP and if you’d like to nominate your best finds for inclusion.
Posted by allard at 14:42