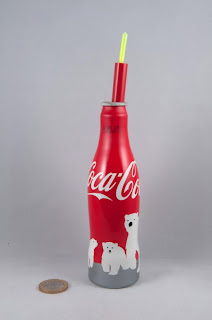 In the run up to MPP11 Wil had mentioned that he was hoping to have a new cola bottle puzzle for us in the Midlands. Having seen a crate full of rather special aluminium cola bottles in his kitchen a couple of months ago I was hoping that this one would be something a little different, and Wil didn’t disappoint!

Shortly after settling down at my place on the Friday evening, Wil opened his suitcase and produced a very funky looking aluminium cola bottle with a familiar-looking red rod sticking out of the mouth. He said he’d been working on it right up until the night before and had managed to bring just a couple of them along. He explained that these cola bottles were a bit different and since they were made of aluminium, it was a bit harder than usual to see what was going on inside. Strijbos – master of the understatement!

He had however solved that particular problem, he went on to explain, by pointing to the 4mm hole he’d drilled in the side of the bottle as he produced a little glow stick and proceeded to bend it and set it glowing. One end of the glow stick is poked into the hole in the side while you peer into the mouth of the bottle and you can almost see something useful inside there … then he points out that these glow sticks only have a limited life and that with the pair of them he’s given you … one of which he’s helpfully lit up already – you only have about 24 hours to solve the puzzle! 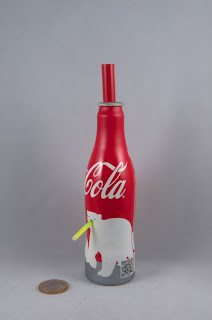 Better get started then…

I peer into the green gloom and once you get used to it, you can see a fair amount inside there… only problem is that part of Wil’s mechanism appears to be a plastic washer on the familiar red rod whose only purpose seems to be to hide the business end of the stick from view … unfortunately it’s pretty effective at exactly that!

Down in the bottom of the bottle the familiar jangle of a grey marble provides some familiarity, but not a lot of help ... a fair amount of experimentation and manoeuvring reveals not an awful lot to me so I hand it over to Louis and he jangles things about for a while - noticing more than I've managed to, but not managing to make significant progress before we retire for the night, leaving the little green light glowing in the dark while we recharge for a full day's puzzling. 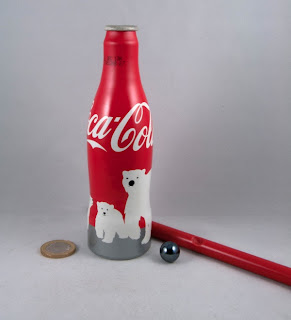 The bottle goes along to MPP11 ... along with two other copies but it takes all day of various folks making various attempts before Russ manages to open one of them... much to Wil's delight. Seeing the business end of it out in the open helps you realise just how mean Wil's been... working out what's going on in there through a tiny hole in a dark bottle takes a fair amount of imagination - kudos Russ!

Wil talks me through some of the aspects of the design, and shows me how to make it even harder with a simple twist ... he's mean!

And by the way, reassembly for the next victim is non-trivial too...

The bottle gets reassembled and I get some time to experiment and play some more the next evening and even having seen the mechanism outside the bottle and knowing how it must work, it takes me a little while to come up with a reasonable strategy for reliably opening it ... 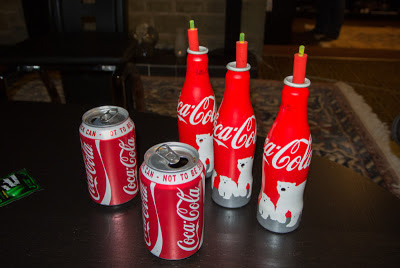 It's a really great new addition to Wil's wonderful range of cola bottle puzzles...  Thanks Wil!