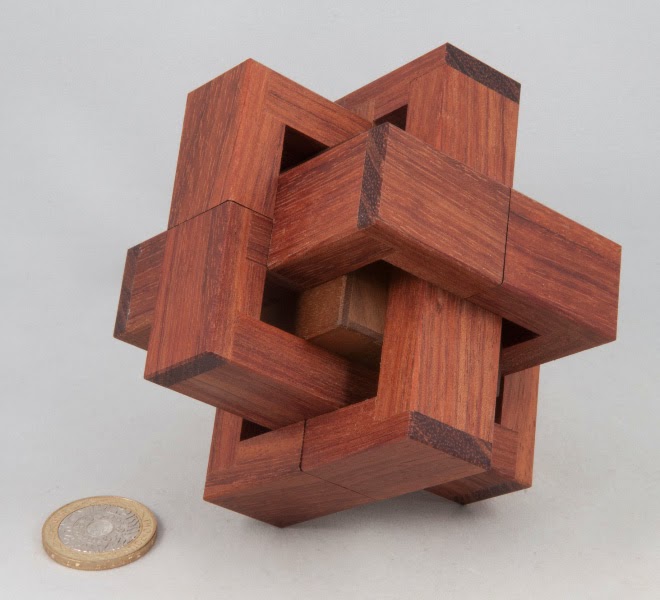 Designed by Ronald Kint-Bruynseels in 1984, Die in Prison has been around for quite a while. Eric Fuller crafted his first version back in 2003 when he put twelve copies up for sale and warned that it was unlikely that he’d make any more of them. Five years later he had a change of heart, and a new idea, and produced his second version of Die in Prison, this time with a bit of a twist – the Die in the Prison was in fact a puzzle box.

I managed to snag a copy in a recent auction – the only way to find them these days as Eric’s original run of 24 copies sold out years ago.

Given that he needed to fit a puzzle box in the centre, it’s a reasonably decent size for a burr.

Starting the puzzle, you have an interlocking frame surrounding the box in the centre and at first it doesn’t seem like any of the pieces move at all. Examining the pieces from the outside will  give you a clue as to how the pieces are likely to interact, and once you find the right place to start you’ll start moving things around a bit, creating more and more opportunities to move other bits – until you have a pile of pieces and a cube-shaped box in your hands. 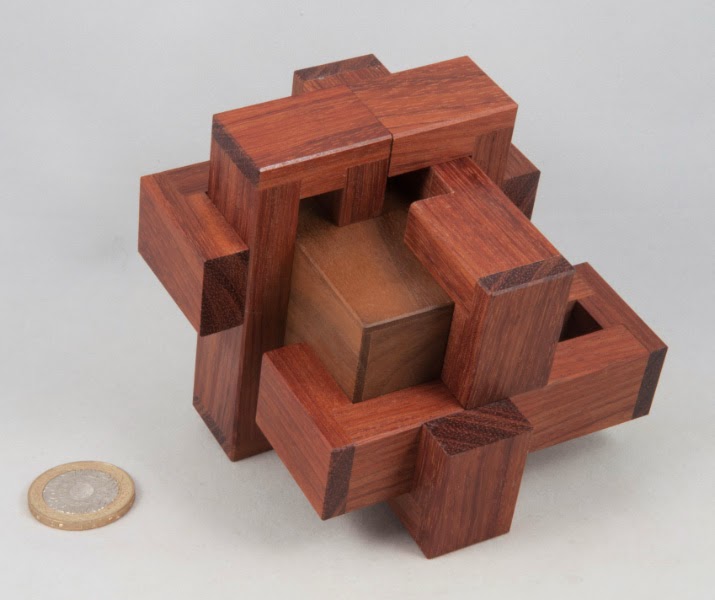 Opening that box turned out to be a lot trickier that I thought it would be. To all intents and purposes it feels like six panels have been glued together – there’s no clue to movements anywhere, no tools hidden away in the frame that I could find. When I first opened the prison and played around with the box, I got nowhere on it – I’d pick it up and try various theories, each of them increasingly complex, none to them any use whatsoever. At this point I should mention that Eric has “helpfully” put a Latin phrase on the top of the box (could be the bottom, who knows – there is no clue as to where this things opens!) along with some strange characters around the edge – that Latin phrase meant absolutely nothing to me so after a while I used my old friend Google to translate it for me, and that didn’t help much either…

Fast forward a few weeks and I find myself sitting here needing to write up a blog post, and I’m fiddling around with the box and I have an idea, which I explore a bit and finally find my way into this little box. As usual I had totally over-complicated things inside my head and it’s a wonderfully simple, elegant little mechanism.

Rather chuffed to have been able to add this little beauty to the Fuller shelf in my cabinet. 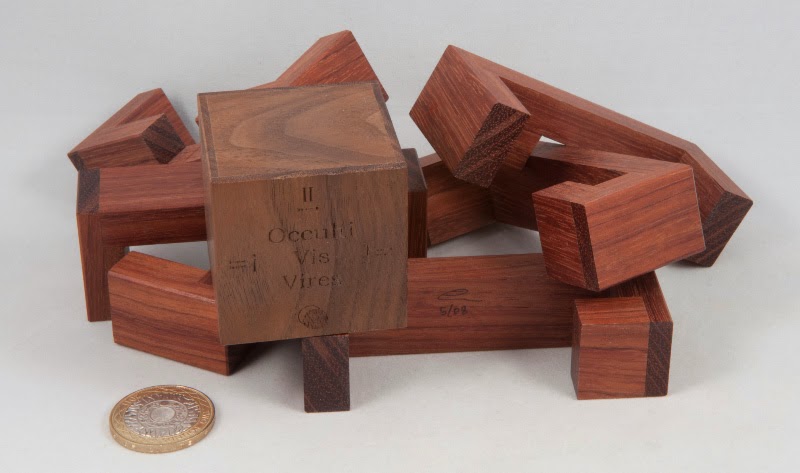