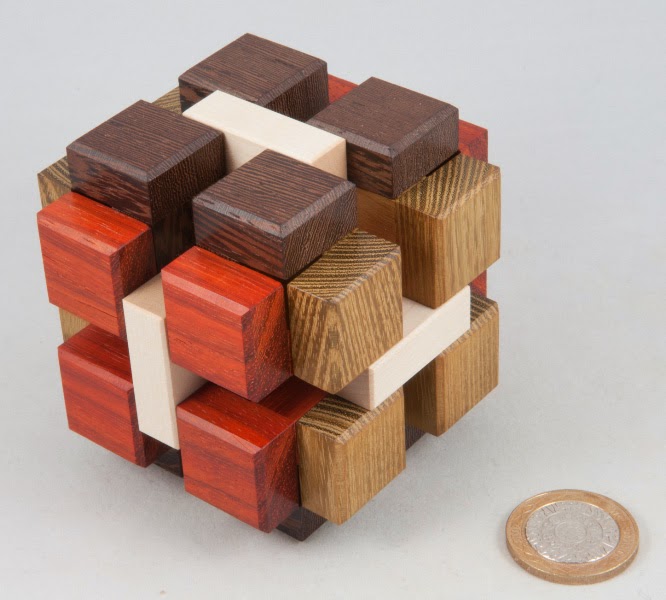 It’s a combination of a simple three board burr in the centre with an interlocking cage surrounding it. The cage is made up of twelve identical pieces (albeit in three colours to make it look pretty - really pretty!) that rely on the internal board burr to actually stay together.

My copy came direct from Jakub at the New Pelikan Workshop after I spotted a pic of it online and then saw a copy in the flesh – it looks brilliant – especially given the colours of the woods that Jakub and the guys have used.

As a take-apart puzzle it’s pretty straight-forward – there’s only one or two things you can move initially … make some space and you can take the first piece out, then the rest follow in pretty quick succession – leaving you with the internal board burr that comes apart in the usual manner. 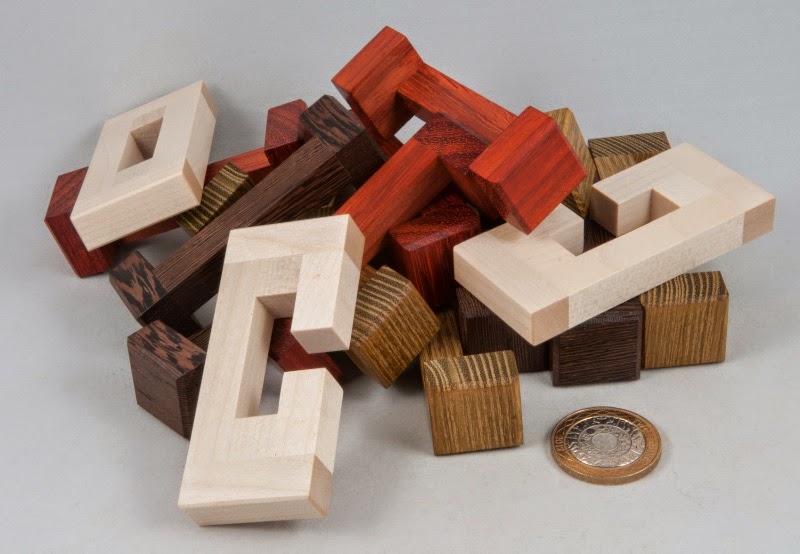 Reassembly is only really slightly trickier. You start with the board burr and then work out how the cage pieces need to lie against the boards in order to achieve the target shape and not interfere with one another (now there’s a thought for you to conjure with!).

Once you’ve got the basics sorted in your mind, it’s just a case of starting somewhere sensible and building it up from there … although, there is one little thing that might catch you out, as it caught me out, if you aren’t thinking far enough ahead…

A fun assembly for neophytes that ends up looking reasonably impressive.
Posted by allard at 17:59