…and now for something COMPLETELY different… 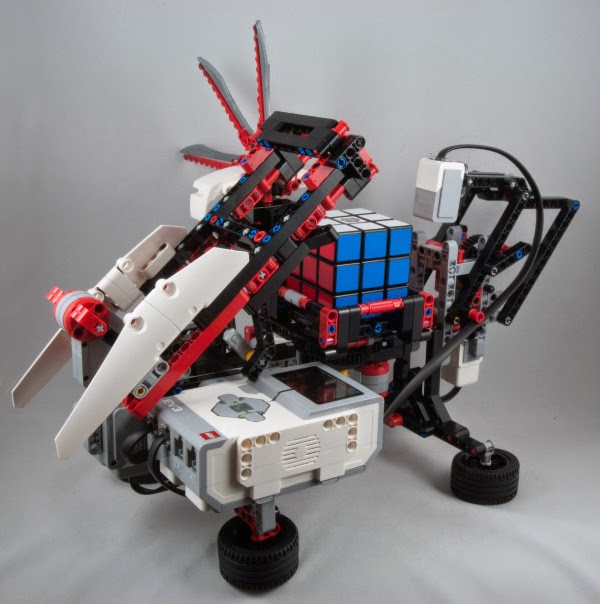 At the Dutch Cube Day a few years ago a couple of chaps had brought along a pair of robots capable of solving a standard 3*3*3 Rubik’s Cube. So, coming from two different countries they did the obvious thing and held an international robotic Rubik’s Cube solving competition as a fun interlude to the serious speed-cubing competition under-way. I can’t remember who won, but remember seeing the robots in action and while they certainly weren’t flawless, seeing a robot built entirely of standard Lego kit accept a scrambled Rubik’s Cube, read it and then set about actually solving it, successfully, was pretty awesome.


Now I’ve never been much of a twisty puzzle fan – sure I have a bunch of them in the collection – well, you kind of have to, don’t you? But they don’t exactly get exercised much … knowing that I was going to get visited by some serious twisty-nuts in the near future, I got to wondering about those Lego Rubik’s solving robots and did some Googling.


I discovered not only the version I’d seen in Eindhoven a few years back, but also a newer design that seemed a bit more robust based on a newer Lego Mindstorms kit… so I did a bit more surfing (or research) and watched some more YouTube videos and showed some of them to Gill, who thought they looked pretty cool… so a couple of days later I duly ordered a Lego kit from Amazon along with some rechargeable batteries and downloaded the instructions from David Gilday’s incredibly useful website. 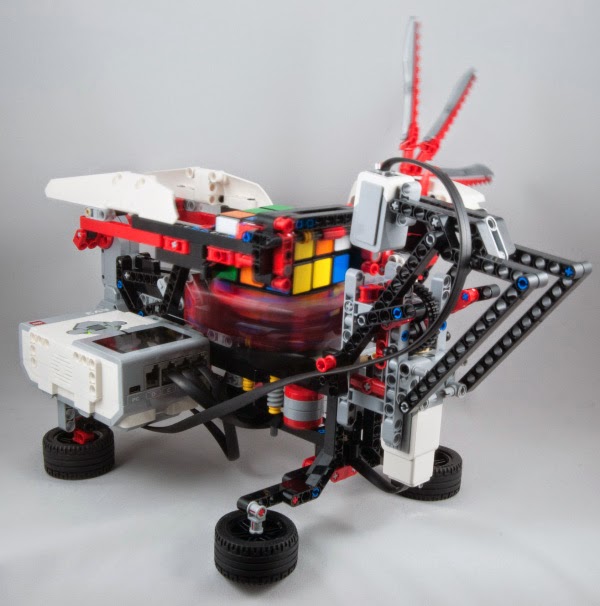 A couple of happy hours spent building the structure spread over a few evenings took me right back to my childhood when I used to play with my mate’s Lego Technic stuff. A little time spent downloading a patch to the Lego software (to improve the colour recognition on the cubies) and then loading up the solving software onto the Lego brain brick.


Turn it all on and run the program and it jiggles around a bit while the various arms reset their home positions. When it settles down, scramble a 3*3*3 cube and place it on the turntable. The infrared sensor notices your hand and deduces there’s probably a cube to play with and the contraption springs into action – reading the colours on each side while the arm on the left flips the cube in between sides. 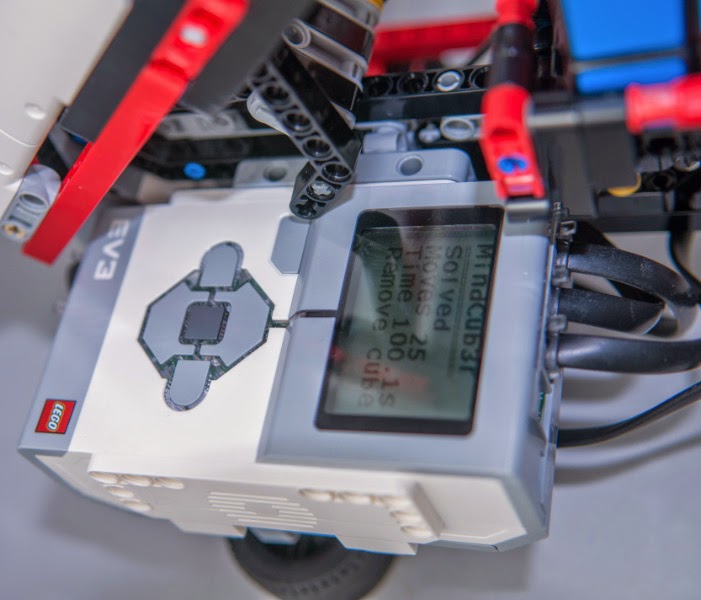 Once it’s read all the sides it has a wee think before the turntable and the arm spring into action in a flurry of twisting and turning - until it announces with a bit of a fanfare that the cube is solved and it proudly shows off all the sides perfectly solved.


It must have a pretty decent algorithm for solving the cube since it seems to take an average of around 24 moves to solve them … it won’t try solving an already solved cube and if you give it a cube with a pattern on it, it seems to neatly undo the moves you’ve used to put the pattern there in the first place.


It was a terrific little project and a great diversion from serious puzzling and I now have a fun little talking point to share with my twisty friends when they visit. 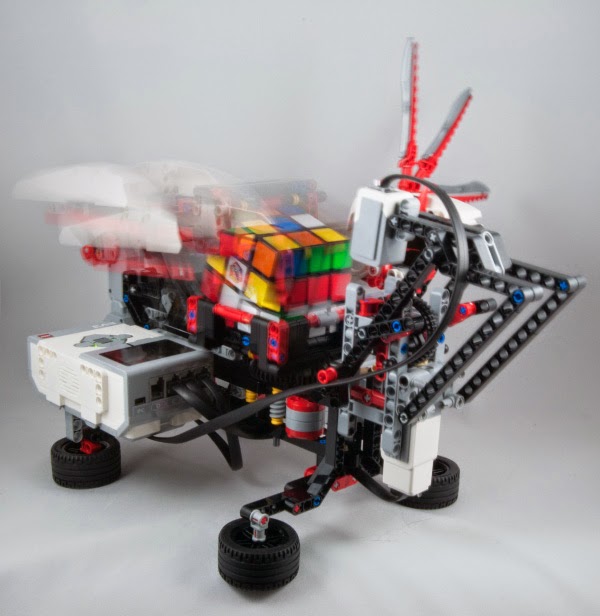 [If you’re interested in building one of your own, David’s site has variants for the different versions of Lego Mindstorms kits out there, the building instructions are simple enough for an old kid to follow with virtually no previous experience and he explains exactly how to get all the software and patches loaded and running… and he runs a FaceBook page where you can ask questions if you run into trouble – in short it’s a great resource and David’s done all the hard work for you – but you get to do all the fun stuff.]
Posted by allard at 07:38