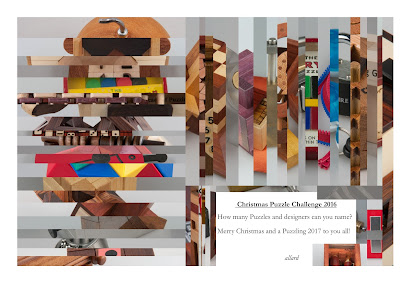 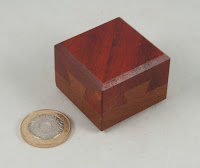 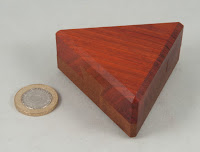 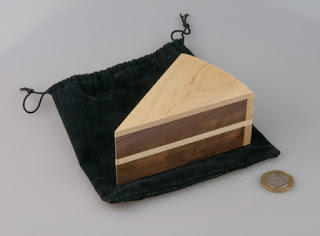 If you look carefully at the sides, you can make out a couple of dovetails which should give you a clue as to how things might come apart, but this chap has a few nasty surprises for puzzlers – there are a few distinct phases to getting into the final secret compartment to discover the hidden cherry surprise (cute touch!) – but not only that, there are some rather unusual discoveries long the way – and there’s definitely a sequential discovery aspect to it all as well… a lot of the old tricks, and some news ones are used in there – it’s not just beautiful, it is a seriously testing puzzle!
Posted by allard at 19:04 No comments: 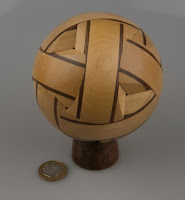 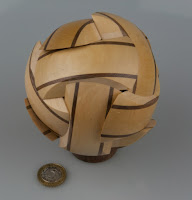 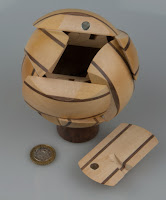 
Not just a beautiful object, one that required considerably more skill than usual to create in the first place – respect, Hiroshi Iwahara.
Posted by allard at 14:40 5 comments: