Health Warning: this post is going to be significantly more self-indulgent than usual. There may not even be much talk of actual puzzles. This blog post is about this blog –I reckon I’ve earned the right to be a little more self-indulgent since today is the tenth anniversary of my first blog post – scroll down, it’s still there… and I’m rather proud of that. So indulge me, if you will…

I decided right from the start that my blog was selfishly going to be about stuff that I like – and I’ve stuck to that over the years, and that’s why you won’t see me moaning about puzzles in the blog, because life’s too short for that! I just choose to write about the ones that I’ve enjoyed, ergo – if I am writing about a puzzle, it generally means I think it’s worthwhile – of course YMMV.

I also like telling stories about puzzles, like where they came from, how they were created or designed, who introduced me to them and so on – I suspect the very first one was that Elusive E story about Oli – it seems that Oli features rather often in my funny stories.

We all know that spoilers are a major no-no in a puzzle blog, and I think that I’ve managed to avoid them so far – well apart from the picture that may have spoiled the Elusive E in the write up on the very first MPP – which I was asked to remove quite quickly by someone I still haven’t met ten years on… but hey, he was polite, so I took it out. Having stressed the need to avoid spoilers, I try really hard to put things into my descriptions that people who’ve solved the puzzles will be able to identify with, without giving anyone who hasn’t, a hint… it’s a very fine line I try to tread.

From the beginning I thought that pictures were important and I’ve tried over the years to stick to the same standard white background (although the light tents and what-have-you have changed over the years as I’ve sought easier set-ups) and used the same £2 coin to give an indication of the size of the puzzles – well except for that one time, but I think I got away with it. ;-)  As a result, I can usually recognise my pictures whenever anyone “borrows” them – like the time when a re-seller used one of my pics on their web shop and hadn’t even noticed that the variant of the puzzle they were selling wasn’t actually the same as the one in my photo they’d swiped… they aren’t around anymore.

I really enjoy engaging with people through the blog – it’s a way of keeping in touch with old friends and for making new ones. I try and reply to most of the comments and generally didn’t have much of an issue with spam comments, until a bot wandered across my blog plastering adverts all over the comments, forcing me to moderate comments on posts older than a month or three. That cut down a lot of the spam, although there’s been a recent recurrence of spam-bots plastering what I assume is defamatory comments about someone in Italian on the current posts – I normally manage to delete those fairly quickly… I got trolled once, anonymously of course – although oddly they were even ruder in that comment about another blog, so I just suppressed it and moved on… if that’s the worst thing that’s happened in 10 years, I reckon I’m doing alright! 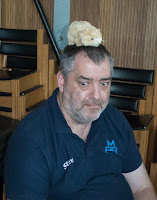 Over the past 10 years, there have been a total of 2 posts not written by me: Gerard gave me a write up on his Goblin’s Door that Shane had made for him, and Matt wrote about his Bernoulli Chest… every other blog post has been mine… all 654 of them (655 if you count this one). When I started, I hoped to average about one blog post a week, and some quick mental arithmetic says that I’ve managed to keep that up now for 10 years – something I’m probably quite proud of.

The blog has chronicled our Midlands Puzzle Parties over the years and how they’ve grown from a few guys in my dining room starting our own puzzle party because we weren’t worthy of getting invited to the International Puzzle Party(!) – through to having a huge bunch of international puzzlers joins us on their way to the London IPP – that was pretty darn cool. Of course, with a global pandemic having its way with us, the last three MPPs have all been via Zoom… progress! It’s also chronicled my trips to DCD, EPP, King’s Day at Wil’s and of course the IPPs we subsequently got invited to.

I’ve been running a Christmas challenge since the first Christmas on the blog – most of them were simple(!) guess the puzzle collages although more recently I’ve extended them a bit by adding a layer or two of puzzle on top of the simple identification… and this year I had the biggest ever selection of correct entries at 13 – shows you that puzzlers in lock-down need a puzzling fix!

Most of you won’t know this, but I indulge myself once a year and get a hard-copy printed of the previous year’s blog posts – as a physical reminder for myself of the things I’ve written about – they look nice on the shelf, and at least one visiting puzzler has worked his way through them all and seemed to enjoy them so they aren’t a total waste (I tell myself!). 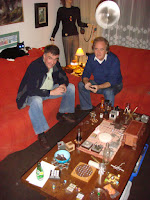 Dave H will no doubt tell me that I’m doing it totally wrong, but I literally only ever put a single post on my FaceBook timeline when I put up a new blog entry – with one exception: I reposted the write-up for VMPP3 in the MPP group so I could tag Brian… I’ve never tried to drive any traffic at the blog – remember it’s my selfish pleasure – writing about the stuff I like, and if anyone else finds it interesting, that’s a bonus! There’s no monetisation on the blog anywhere – there are no affiliate links to suppliers’ sites with a kick-back for me and there are no ads on the blog – because that’s how I like it. In spite of that people still seme to find it and it’s been wonderful over the years meeting some of the puzzling greats and hearing them say that they enjoy my blog – I’ve really got a kick out of that.

So here we are after 10 years and the blog has had just north of a million page views all told (I’m a lightweight – see above!) and it currently gets around 20,000 page views a month. That’s increased in recent times, I suspect as a result of the recent renaissance with so many new folks being introduced to mechanical puzzles through YouTube. For interest: the most popular puzzle searches that end up at my blog are for Casino, Pachinko Box and Revomaze and the three most-viewed pages on the blog of all time are all Wil Strijbos puzzles: Revenge Lock, Lotus and Pachinko Box. (I reckon that says a lot about Wil’s designs!)

Thank you for indulging me… normal service will probably resume in due course. 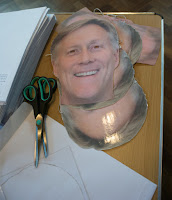 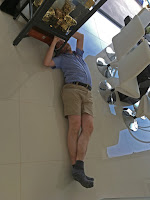 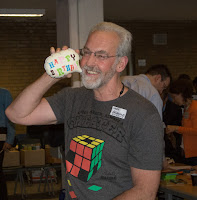