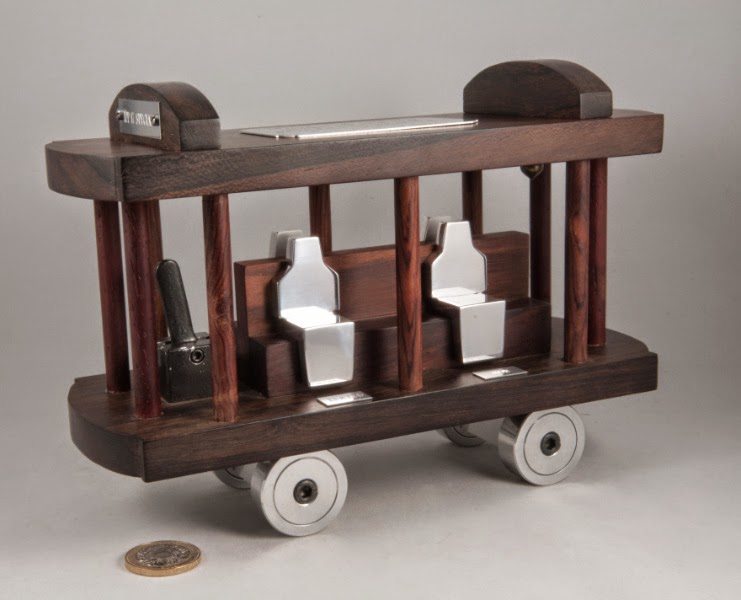 Everyone’s favourite Greek puzzle maker, Mike Toulouzas, recently put a copy of his 7-Piece Nightmare puzzle up for sale. He’d made a short run of them and had a spare copy or two and I was delighted to be able to snag one of them.

7-Piece Nightmare was one of Mike’s entries in the 2005 Puzzle Design Competition in Helsinki.

As you might expect from the name, there are seven pieces to be packed inside a neat little box with a lid on it. The pieces all consist of a number of half-squares glued together in a variety of configurations, so that in total you have three layers of 4 squares on each layer. Two of the pieces have triangles in three layers, with the remaining pieces spanning two layers each. The shapes are pretty funky and take a bit of getting used to…

Mike has alternated the colours of the triangles on the top and bottom so that you end up with either a chequerboard pattern or a windmill pattern on the faces (Iroko and Eucalyptus woods) … and the central layer is all a single colour.

Mike describes the puzzle as surprisingly difficult – and with only seven pieces, it is rather tricky!

I’m still not sure whether knowing that one side of the completed assembly is a chequerboard and the other has a windmill pattern actually helps or not – at the start of the solve, pretty much any piece could form part of either of those patterns, and it’s only after experimenting and wandering down a blind alley or two that you’re able to deduce the orientations of one or two key pieces.

The search-space is dramatically reduced once you’ve got a few of the pieces together, but it’s still a long way from a trivial task to slot the final pieces together – the combinations he’s chosen seem to be particularly confusing (at least to this amateur puzzler!) and several times I’ve found myself only one or two pieces form the final solution and still not at all certain that I’m on the right track. 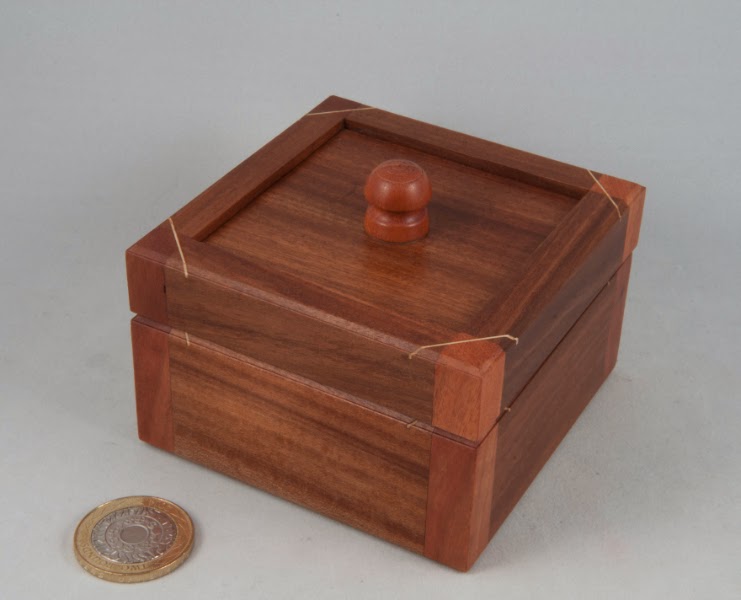 A beautiful object that also happens to be a great puzzle – it may only have 7 pieces, but I’ll wager it’ll give any puzzler a decent challenge – and if you don’t simply enjoy playing with the wonderful handiwork then there’s something wrong with you! :-)
Posted by allard at 21:47 7 comments: A little while back I wrote about my new Lego toy – a Mindcuber designed by David Gilday… for this non-twisty-guy, definitely the least painful way to solve a 3*3*3 Rubik’s Cube.

David recently released a string of updates to the software (along with a version for the Educational kit) which have significantly improved the scanning speed, improved the solving algorithms and added the ability to solve directly to a number of patterns...

… so now you can instruct this little contraption to give you:

If you’ve already got one made up, make sure you grab a copy of the new software, and if you’re considering building yourself one – it’s EVEN BETTER now!
Posted by allard at 18:13 3 comments: