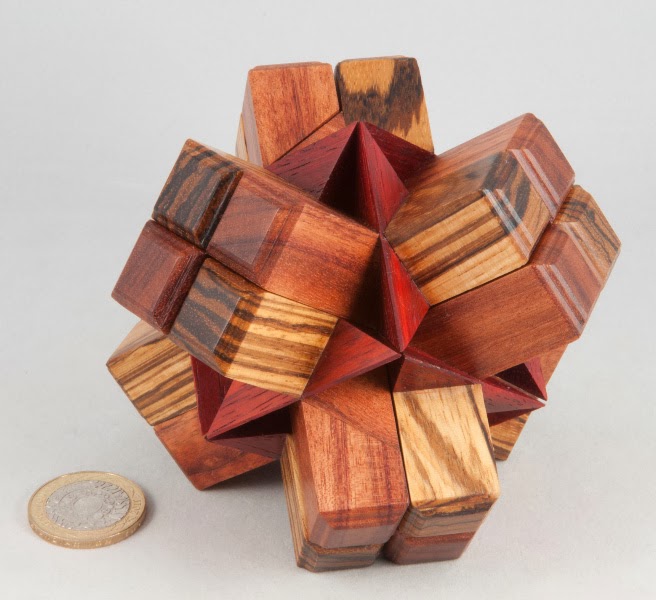 Somehow I managed to miss Mike Toulouzas’ Illusion when it was first offered. My mate Chris had picked up a copy and brought it around to one of our show-and-tells - it was clearly a gorgeous puzzle … and he couldn’t say enough good things about it puzzle-wise … so when Mike got in touch at the tail end of last year and offered me a copy, I didn’t give him any time to change his mind or offer it to anyone else.

It duly arrived in Barnt Green during a period of enforced puzzle-hostage-taking as Gill’s got wise to my puzzle-buying around Christmas and now routinely hijacks any parcels addressed to me during December and puts them under the Christmas tree … so shortly after Christmas I got to unwrap this beauty from Greece.

Saying that Mike has a knack for creating beautiful objects that just happen to be incredible puzzles is a bit like saying English weather is generally lousy! Case in point: today we had about 45 minutes of bright sunshine (we hid indoors, not knowing what it was!), some snow, a serious helping of hail and a shed-load of rain – while the temperature hovered around 4 degrees Celsius. I digress…

Illusion looks a bit like a complicated 12-piece burr with some extra detailing around the centre that makes it look like the burr is projecting out of a cube in the middle. Look a little closer and you’ll spot a few diagonal cuts on the burr pieces and that’s enough to help you realise that this little puzzle is not at all what it first appears to be … and knowing that Mike is a master at odd angles, you’ll realise that this puzzle quickly earns, and definitely requires, huge amounts of respect. 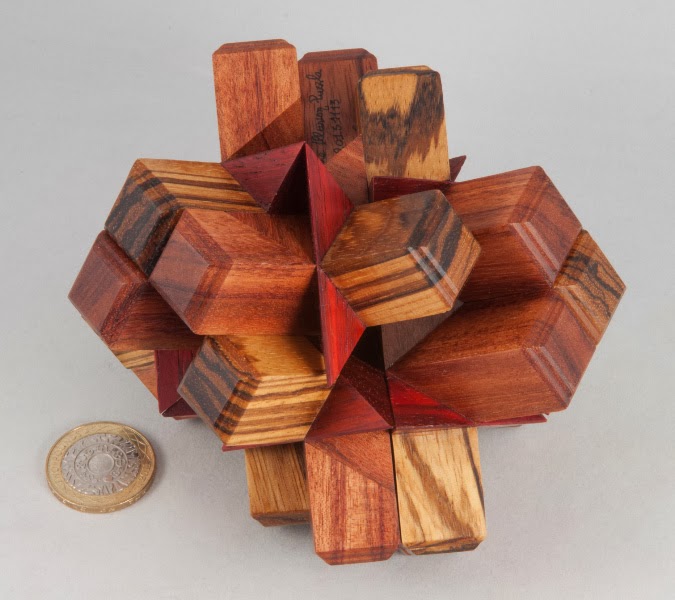 A bit of a casual fiddle around with this puzzle and you find it’s not going to come apart the way you might have expected … find the right axis and it’ll slide apart neatly, and then, unless you’re handling it rather carefully, it will dismantle itself into six rather oddly shaped pieces … each of which is unique!

It’s pretty easy to get the general idea of how the puzzle is going to go back together again – each of the six pieces has four of the sticks and some elements of the central cube structure, and combing them builds up the cube in the middle … sort of … because there are a bunch of protuberances on each piece which need to have corresponding gaps in their adjacent pieces … which on their own would make for a pretty reasonable challenge … HOWEVER you’ll then find there are multiple assemblies – virtually all of which cannot be solved!

I’ve spent ages with five pieces locked together perfectly, with spaces in exactly the right place for the final piece to be slotted in, but no way of actually getting that last piece into the assembly because the sliding axis that I need to have has somehow been blocked somewhere by a well-fitting, albeit misplaced, piece. 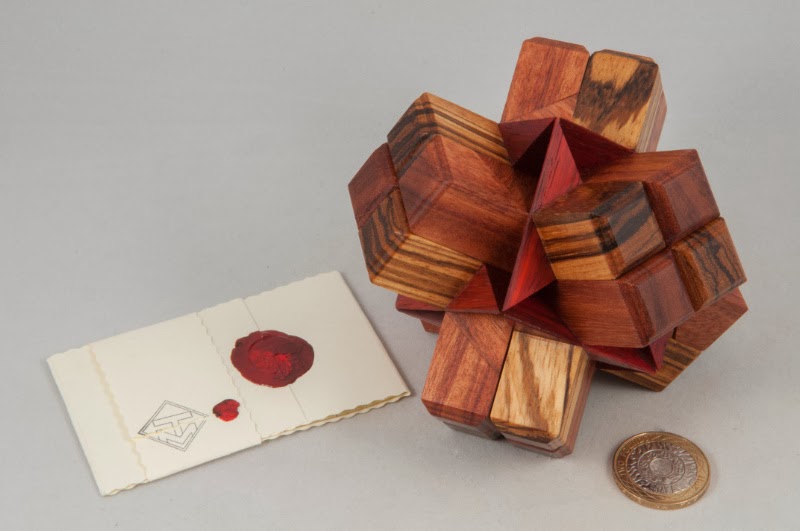 Mike’s taken a well-known puzzle, added several unique Toulouzas touches to it and turned it into an absolute beast! A drop-dead gorgeous beast, but a beast nonetheless! The craftsmanship in there is staggering – each of the six pieces is made up of around 10 individual oddly-shaped bits – glued together supremely accurately with the result that the illusion of twelve sticks piercing a cube is almost perfect.

Bravo Mike! That is an awesome achievement and a terrific puzzle! Thanks. 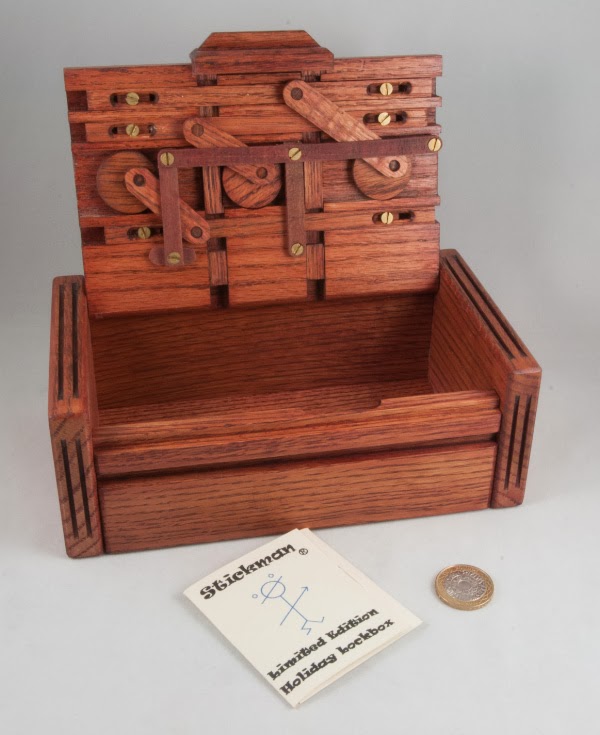 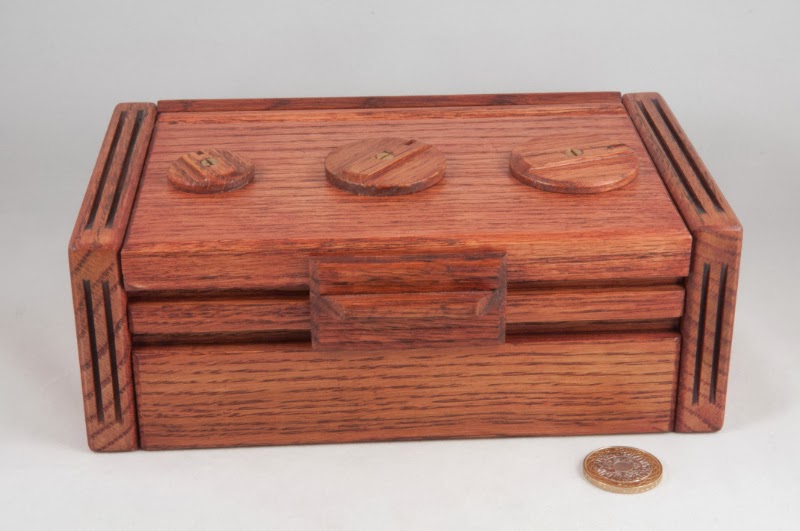 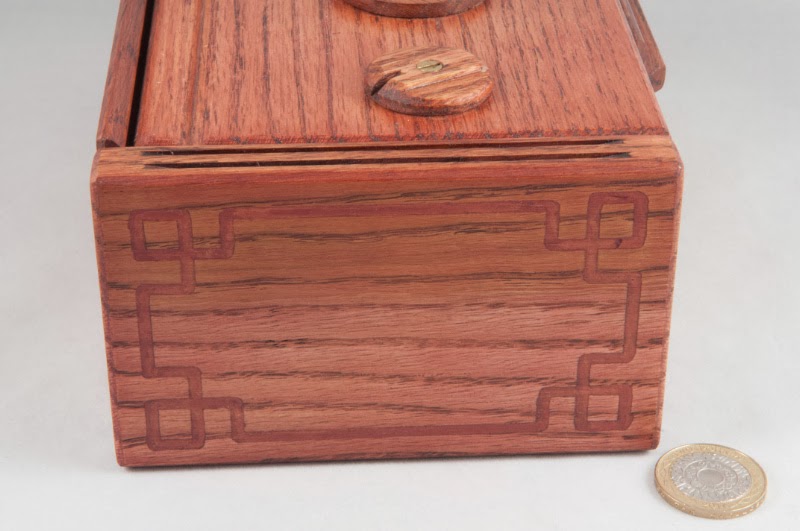 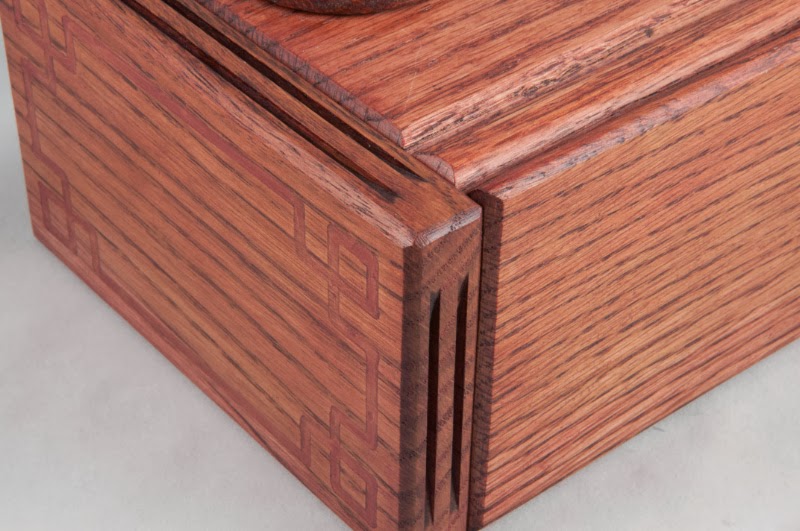 One more Stickman added to the collection… many more to go! :-)
Posted by allard at 20:07 2 comments: