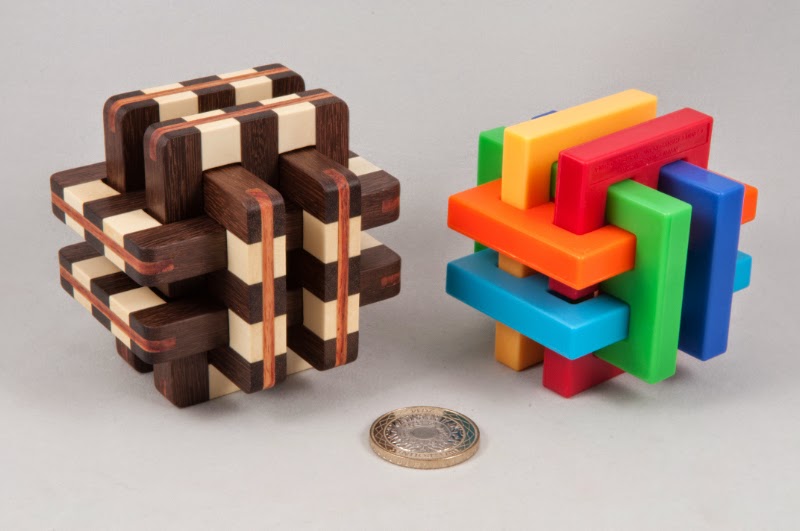 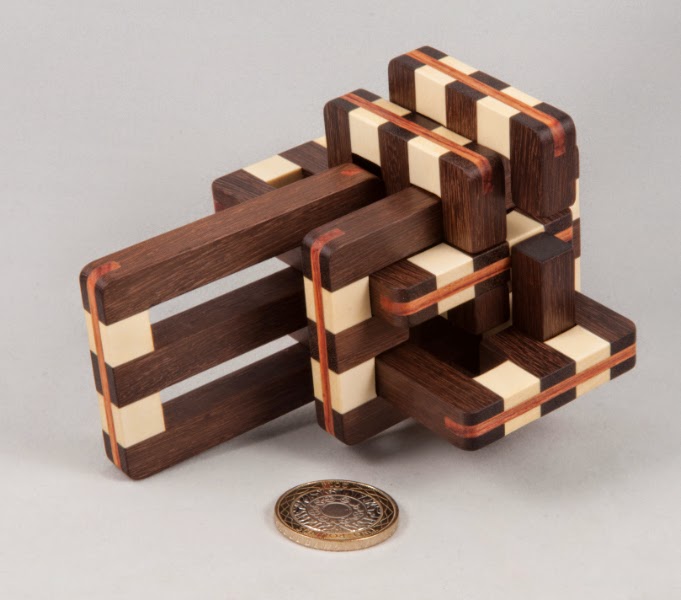 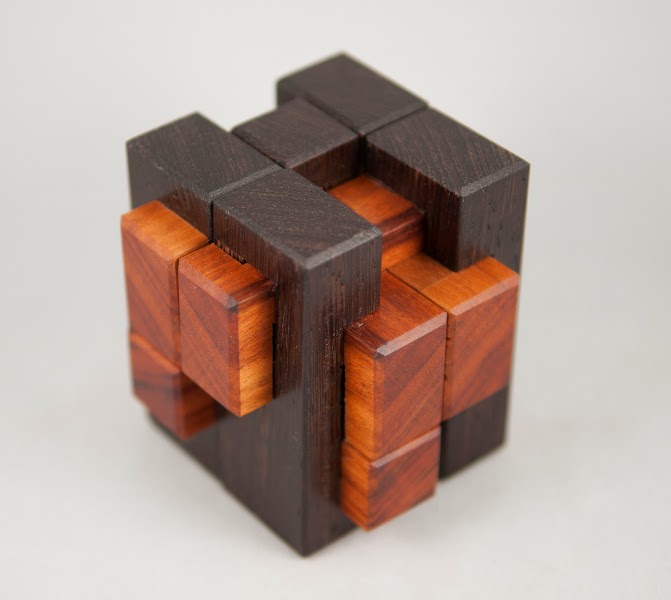 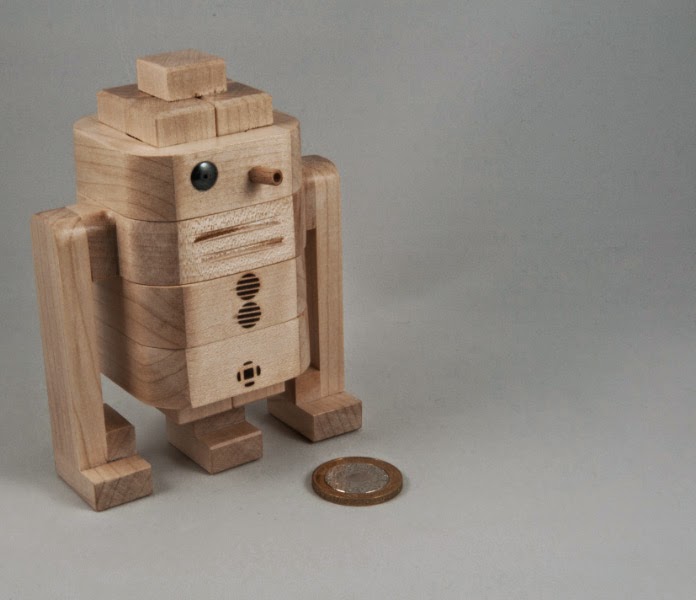 Thank you Stephan – that was a wonderful gesture – I’ve enjoyed it and I suspect that my fellow MPP-ers will as well! Thanks!
Posted by allard at 21:04 3 comments:

Finding a copy for sale isn’t all that simple these days – I’ve only seen a single copy pop up on Nick Baxter’s auctions recently, so when I spotted one for sale, I jumped on it … only to discover that there was another version for sale as well, so I ended up getting two versions at the same time – that WAS rather lucky!

Tube It In was Wil’s Exchange Puzzle at IPP21 in Tokyo back in 2001. It consists of a set of rectangular steel tubes and bands of various thickness's and diameters which all nest rather neatly inside the largest piece.

In its solved state, it looks like a small steel box with a drawer in it … open that drawer and you’ll find a bunch more bits inside, in fact, if you aren’t careful you’re likely to end up with a lap-full of little bits of steel … almost all of which are different sizes and shapes.

Spread them out on a table and you’ll be amazed to see that there are in fact fourteen separate bits of steel tube making up this tricky little assembly … and only two of the pieces are identical – all of the others are unique …. and somehow they all manage to fit inside the largest piece. 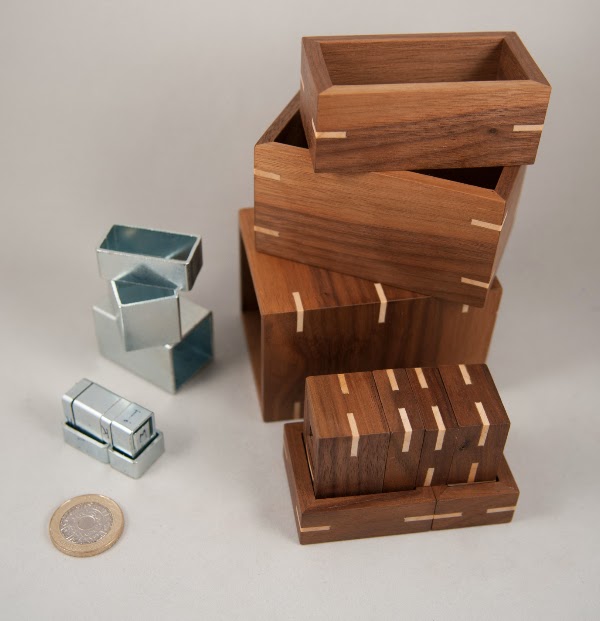 The good news is that you can apply some logic to solving it and given the sheer amount of steel that you need to fit into the outermost tube, there isn’t much scope for obfuscation and general leading astray – so you can start at one end of the scale, as it were, and find an efficient way of doing things and you won’t end up wandering down too many blind alleyways.

The previous owner had scribbled some letters on the sides of most of the tubes, and that might have given some clues to my puzzling mates, so I’ve cleaned off all the markings to make things more interesting. :-)

It’s a fun little puzzle and shows that puzzles can come from the simplest of sources if you keep an eye out for things like that – something that Wil is most certainly a past-master at!

Right … so I was pretty darn chuffed when I found that copy of the original version, but when I found a copy of John Devost’s 2006 wooden version, I knew I’d found something really special! It didn’t take long to decide I needed that one as well…

Absolutely faithful to the original design, John created a gorgeous version in wood – my copy is (I’m pretty sure, but I’ve been wrong in trying to identify woods SO MANY times now that I wouldn’t lay any money on it!) made in walnut with maple slip-feathers and in its solved state it looks to all the world like a reasonably plain puzzle box (albeit one with some lovely slip-feathers!) … in fact, when I first saw it, that’s exactly what I thought it was and paid it no more attention, until someone pointed out what it was … and from then on I wasn’t letting it out of my paws! 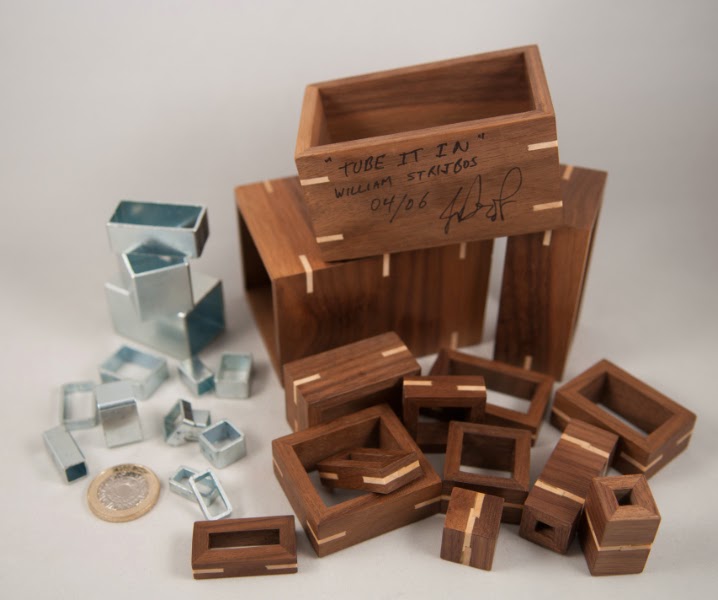 As you might expect from John’s work, each of the layers of this puzzle fits perfectly into the next, and the combinations of tubes all add up just perfectly to the space available … lay out the two versions next to one another and the pieces are instantly recognisable between them and the solution is identical… but the wooden one is simply beautiful!

A great pair of puzzles to stumble across – I suspect there aren’t that many wooden copies of Tube It In out there in the wild so I consider myself hugely lucky to have come across them both at the same time.