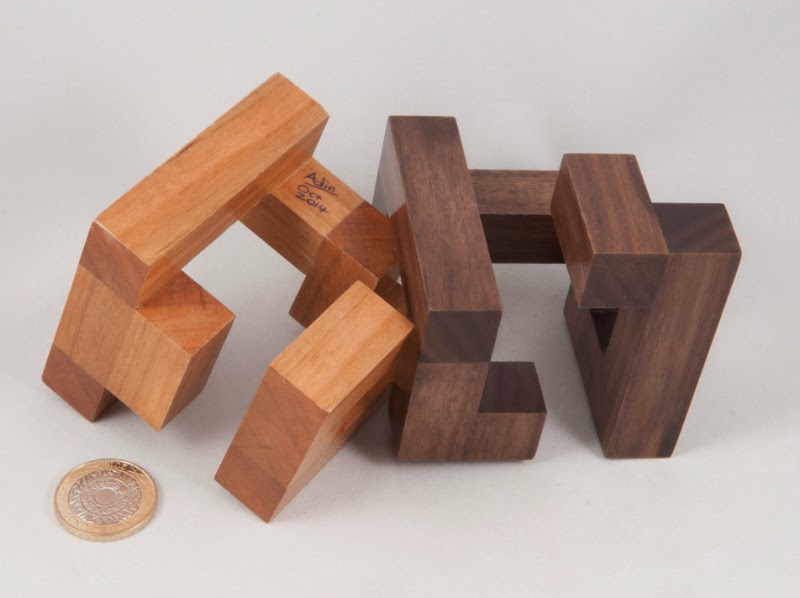 My mate Adin has recently embarked on a bit of a journey into making and designing his own puzzles. Most folks who’ve bumped into me at a puzzle party recently will probably have been given a copy of his Symmple puzzle that is fiendishly difficult – he doesn’t do things in half-measures.


Similarly, when he started making puzzles in wood, he came up with his own design and made a beautiful copy which had me thoroughly stumped for the best part of one of his visits to me.

(I managed to take it apart on his next visit … and promptly asked for a copy if he ever got around to making any more of them – it’s a very interesting design that looks nothing like a standard 6-piece burr – which is essentially what it is – it has a series of shoulders on the pieces which have different lengths on one of the axes and those shoulders remove many degrees of freedom and make for a really unusual solve.)


Anyhow, back to this story – Adin decided he wanted to make me a puzzle for my collection so he asked me what I wanted – cue brain going into overload and plenty of black smoke coming from the ears – what is the appropriate answer to an offer like that? We swapped a couple of emails and at one point I seriously embarrassed myself by asking for a copy of a particular Coffin cube that I was convinced I didn’t have, only for Adin to send me a link to my own blog reviewing said cube… suitably embarrassed I eventually settled on “something on Ishino’s site by Greg Benedetti” knowing that I only had a couple of his designs and Adin knew which ones I had (probably better than I did!). 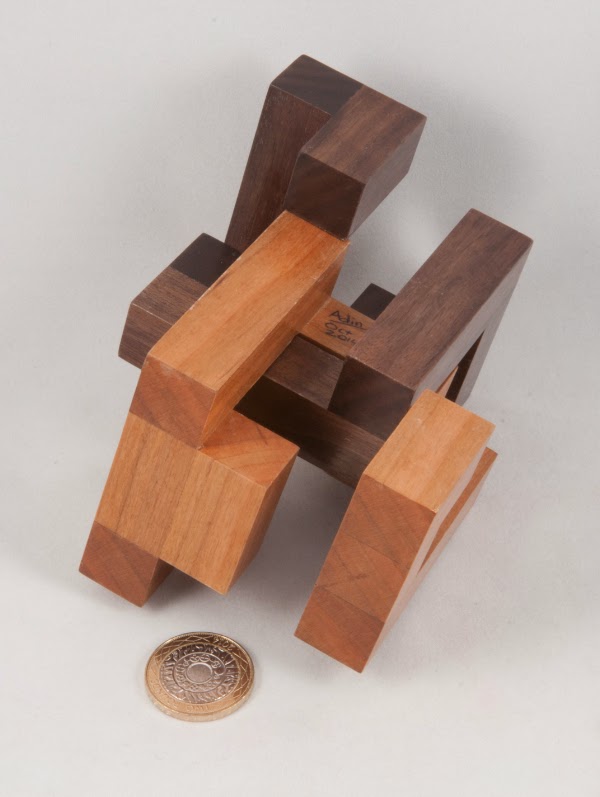 Last week Adin arrived to collect a puzzle I’d brought back for him from DCD and he presented me with a copy of Benedetti’s Rotpack 1. Definitely one that I don’t have! It reminds me a bit of Tangler or Sun in that it consists of two pieces that combine to make the guts of a cube … and like both of those two, and several of Greg’s other designs – indeed referenced in its name, it requires rotations to assemble. (So long BurrTools!)


Adin had thoughtfully given it to me in two pieces with the comment that “it’s surprisingly tricky”. So I fiddled around with it while he and Sophie visited and played with some of the newer puzzles that I hadn’t packed away yet… predictably I got absolutely nowhere. Don’t get me wrong, there are only two pieces and only one way they can ultimately end up together as a cube – but how the heck they get there and where you need to start are indeed surprisingly tricky! 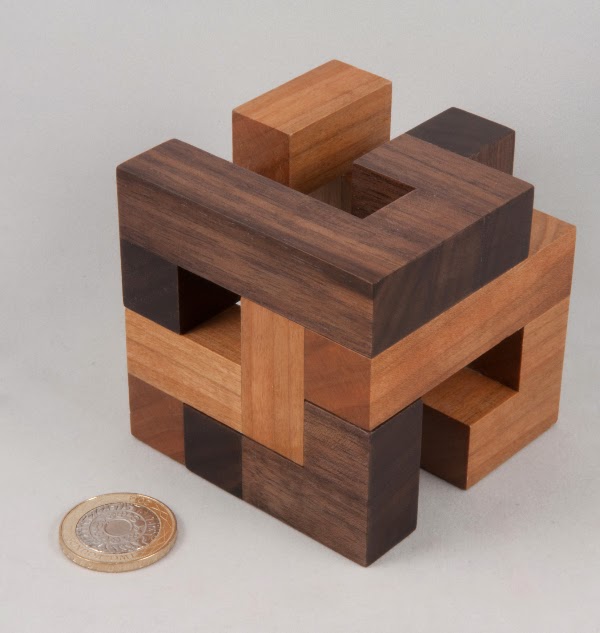 Some serious puzzling later I’d explored the potential starting positions (there aren’t a lot of “entries”) and begun to knock off the dead-ends – until I found the one true path and had a neatly assembled cube in my grubby mitts. The two pieces fit together perfectly and the tolerances along the way are pretty impressive – line the pieces up properly and you’ll be able to execute the required twists and turns – allow one of the pieces to be slightly off-kilter and the ability to twist or turn a piece vanishes.


I’m well-impressed at the quality of this puzzle – not just because it’s been produced by a friend who’s only admitted to making a handful of puzzles so far – it’s really first-class work – and the only imperfections on it are the two flattened corners where I dropped one of the pieces while I was taking the photos for this post (sorry Adin!). Thanks Adin.


On a slightly less puzzling note, Adin also dropped off a sheet of paper cunningly disguised as Yoda for me… he’d been experimenting with Origami well beyond my abilities when he asked if there was anything I wanted folded. Having tried and failed (spectacularly!) to fold a Yoda for myself a little while back, I suggested a Yoda might be nice – and when he asked which one I’d like I knew he was serious, so we agreed on a particularly handsome one … which he duly produced and presented to me along with Rotpack 1.


Thanks mate – it is SMASHING!


….and here’s a pic of my little Yoda next to the Origami burr he gave me a little while back… 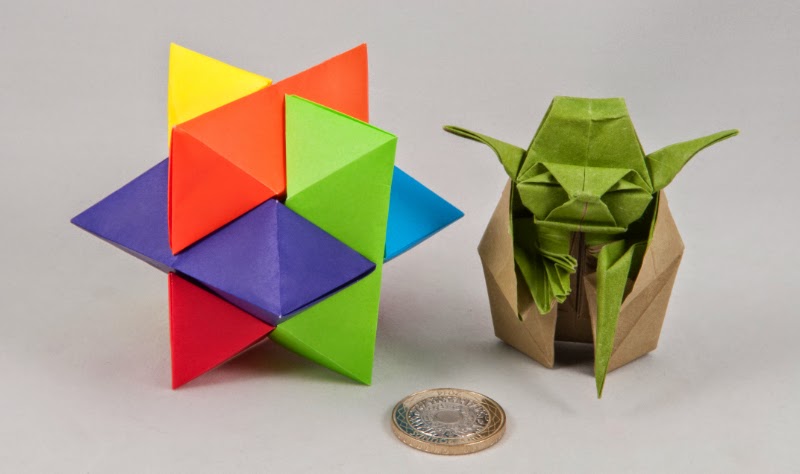 Email ThisBlogThis!Share to TwitterShare to FacebookShare to Pinterest
Labels: Gregory Benedetti, Puzzles will be played