Eric Fuller began a planned series of cigar puzzle boxes at the end of 2011. The first box appeared in December 2011 with the second following three months later. The third in the series, dubbed Mike after Eric’s favourite cigar bar’s owner, appeared this past November and was available to those who’d taken the trouble to pre-order them (or got someone else to do that for them – long story!) earlier in the year. 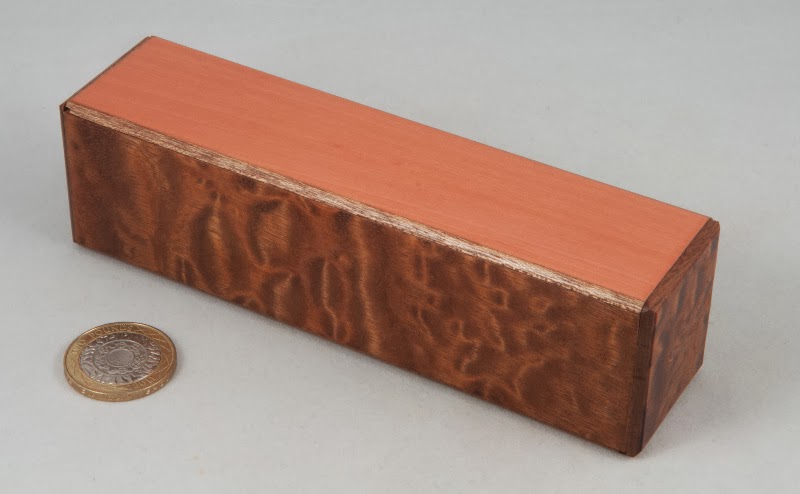 Mike was available in three variants with different veneers used on the top and bottom to contrast with the quilted Sapele veneer used on all the other sides. I chose the Pink Ebony version because it really stood out and looked rather different to any of the other puzzles in my collection.

The package from Eric happened to arrive within a couple of weeks of Christmas, so my better half duly hijacked it and put it under the Christmas tree … where it waited until we returned from our Christmas trip to Glasgow.

Having seen a couple of my puzzling buddies in the run-up to Christmas, I knew that this puzzle wasn’t going to be trivial – a couple of them had received their copies and had been playing with them and still hadn’t opened them – and during the course of a day’s puzzling at Nigel’s, several folks tried out new theories, but nobody managed to open one…

Knowing this, I had my first bash at it and found the obvious first few moves that result in one of the panels coming off – if you’ve ever seen a classic puzzle box mechanism, you’re going to get to this stage pretty quickly, trust me.

But there it stopped.

I tried all sorts of things, went backwards and forwards in the hopes of spotting something different, but nothing presented itself… so I put it back together and played with something else for a while. 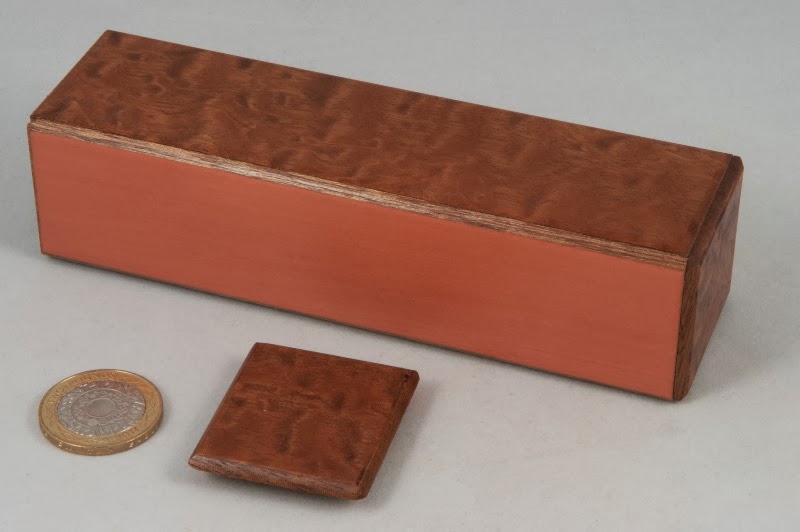 Over the course of the next few days I found myself trying the same things over and over without getting a different result. (Yes, I KNOW!) I’d keep coming back to it every now and then until eventually I tried something that I knew wouldn’t work and something strange happened …my first new move in days on this puzzle – determined to crack it I settled down for some further exploration and engaged both brain and fingers … only to realise that I was just as stuck at the next move as I had been for the past few days on the previous one!

…and so it remained for a few more days until I finally managed to stumble across the final move required to open the box and release the stogie inside.

In his description of the puzzle, Eric says: “I'm pleased with the box and the tricks I used :) “ – and he ought to be – it’s easily up to his usual impeccable standards of craftsmanship, and it’s a jolly sneaky puzzle that should entertain even the most jaded of puzzlers out there.