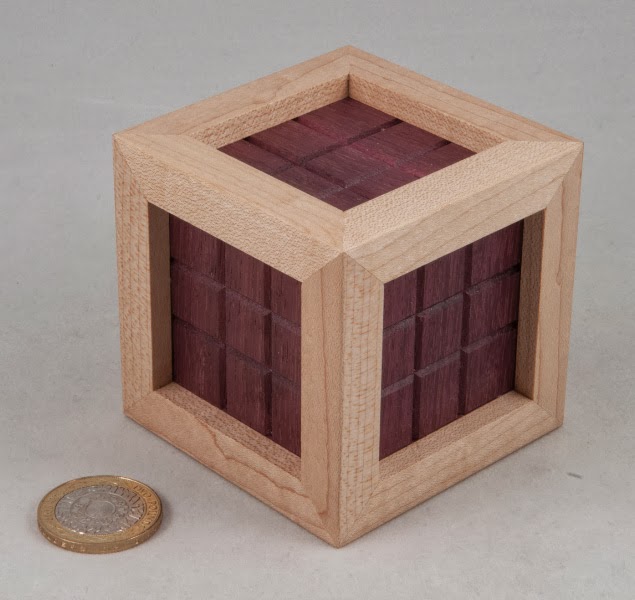 Ferris’ Box was Peter Wiltshire’s entry in the 2012 Nob Yoshigahara Puzzle Design Competition and he duly went and won a Jury First Prize for his trouble. It’s a great puzzle box, superbly crafted by a bloke who clearly loves his hobby.

I really enjoyed playing with the Design Competition puzzle – not so much because it was a difficult puzzle to solve, but because it was so darn unusual and a really rewarding puzzle.

There was a lot of chat about the puzzle at IPP and I’m sure that I was one of many people who were pestering him about making some more… at that stage he’d made a run of them to serve as his contribution to the Apothecary Chest and as an entry into the design competition – with a few spare copies already having been dispatched to some very deserving homes. 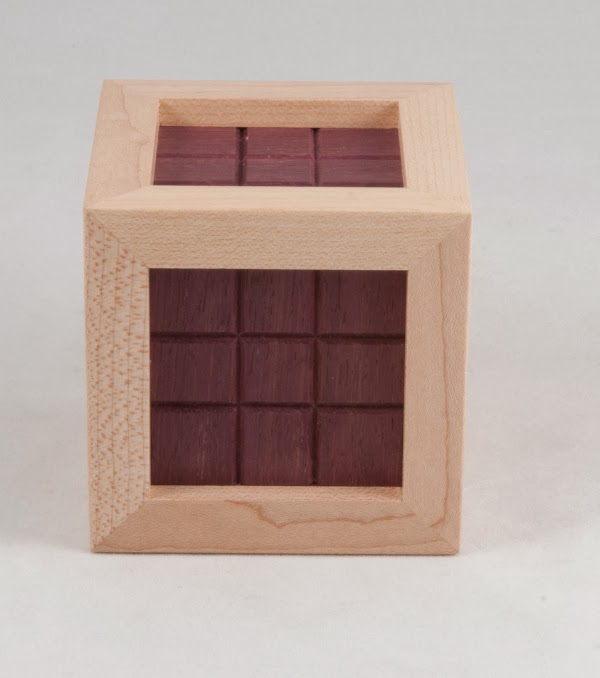 There was clearly more than enough demand around for them so Peter managed to convince himself to make another short run, albeit in different wood this time around in order to differentiate them from the earlier run … and so it came to pass that John Devost announced that a number of maple and purple heart Ferris’ Boxes would be auctioned on Puzzle Paradise – and I duly joined the queue of enthusiastic bidders.

Now I’m sure there’s some clever economic theory that would tell me how best to place my bids on the auctions (there were a number of overlapping auctions for essentially identical puzzles) in order to maximise my chances of getting a box at the lowest price, however I wasn’t going to take any chances and made sure that I took one really early on in the process rather than lurking and hoping to snag a (relative) bargain… and a short while later a well-packed box from Canada dropped on the porch. 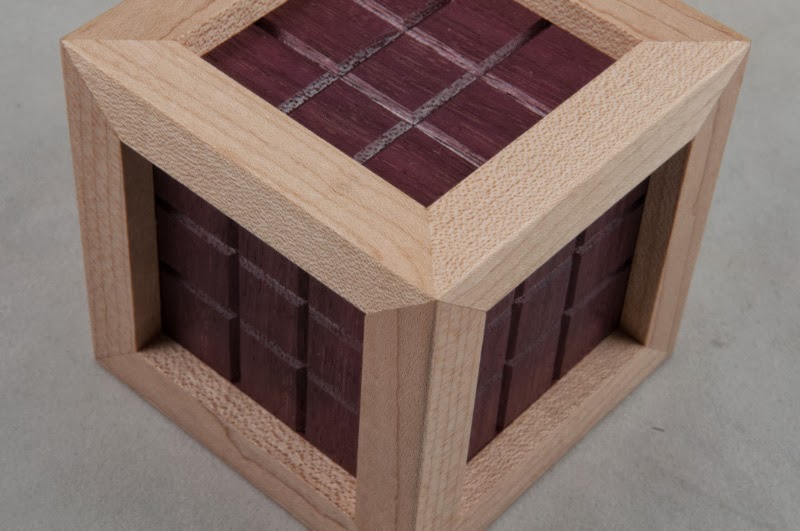 Finding the first move is a bit of a surprise.

…and the third move is very cute!

It’s “only” a three-move box, but it’s brilliant! Those moves will put a smile on the most jaundiced of puzzlers and Peter’s workmanship is simply stunning, so the moves are beautifully hidden.

I am delighted that I finally managed to get my hands on one of these after enjoying it so much in Washington in 2012 … I love watching puzzlers faces when they start playing with it – when they find the first move there’s a flicker of delight, at the second there’s serious respect for the craftsman and the third is the icing on the top.

Peter added a little something extra to the auction versions, tossing in a little artefact that served as the original inspiration for the design, along with a couple of PDF files explain the design and manufacture process and giving a rather unique view of the innards that you won’t ever get to see…

Very chuffed to have snagged one of these…. Thanks for making a few more, Peter!