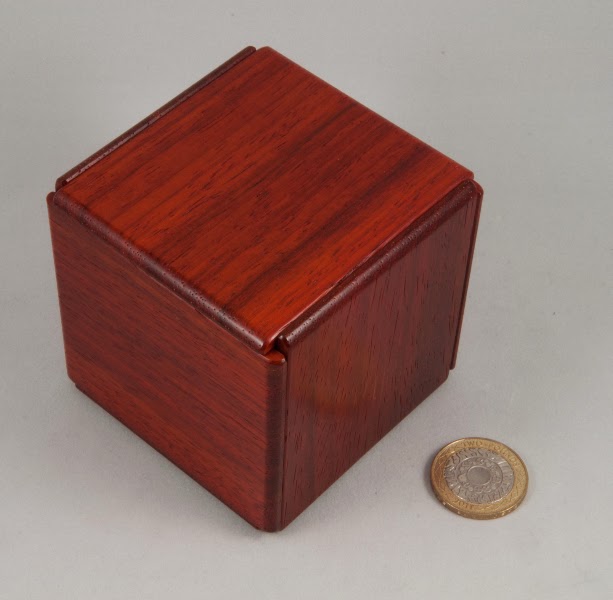 A few nights ago my puzzling mate Adin popped in for a bit of a chat and to drop off a puzzle I was taking off his hands. He’d posted a pic of some puzzles he was planning on putting on the next round of Cubic Dissection auctions and asked if anyone was interested in making him an offer for them in the meantime. I spotted his copy of Iwahara’s Confetto box in the pic and immediately asked if I could relieve him of it. He duly agreed and dropped it off a couple of evenings later, which gave me a great excuse to haul out the three crates of puzzles I acquired at IPP for a bit of a play… you see I’ve been a bit busy working on some post-IPP stuff and haven’t had much time to just play with the puzzles I’d recently bagged, but having a puzzler visit for the evening - I had the perfect excuse.


I’d played with Chris’ copy of Confetto a while back and remember being really amused (and amazed) by the mechanism. The box is cube-shaped and the description on the Karakuri web-site says that there are two compartments, one reasonably straight-forward and one a bit more tricky…and that sounds about right.


I’d venture to suggest that if you’ve never seen a puzzle box before you’d have the first compartment open in a matter of minutes, but the second one makes use of a rather clever twist and if you aren’t paying attention, you’ll miss any of the clues to it and you’ll spend ages and probably get nowhere.

It was fun re-discovering the solution to the second compartment – I’d literally just remembered that the second compartment was trickier than the first when I picked up the box to play with it this time around. [I find I often ‘forget’ solutions to puzzles – except the most memorable tricks or A-HA! moments.] The first compartment was opened in a matter of seconds (don’t ever measure a puzzle’s value by how long it takes you to open it – it can only end in tears!) and then I started the real puzzling.


Mercifully it didn’t take me too long to find my way into the second compartment wile Adin was there so didn’t embarrass myself too much, on that puzzle at least.

Adin had brought along a couple of bits of his own handiwork for me to play with as well, including a copy of his own burr design called Amulet. He’d brought it around a while ago when Chris was over as well and I’d thoroughly embarrassed myself by getting absolutely nowhere on it. [Chris solved it and reassembled it and then got wildly enthusiastic about it … which made me feel like I was missing out on something.]


This time I had significantly more success and now I understand why Chris was so enthusiastic. At its heart, Amulet is “just” a six-piece burr with different length pieces in one axis – the twist comes from a series of blocks attached to the pieces that give the pieces shoulders that interfere with adjoining pieces… and those little blocks make things very interesting indeed… so I duly added some enthusiasm to the Amulet bucket and I’m hoping that Adin will find some time to knock up a few more copies because I think more people should get the chance to have a play with one of them.


Adin also left me with a rather well made origami diagonal burr as a gift – thanks mate! 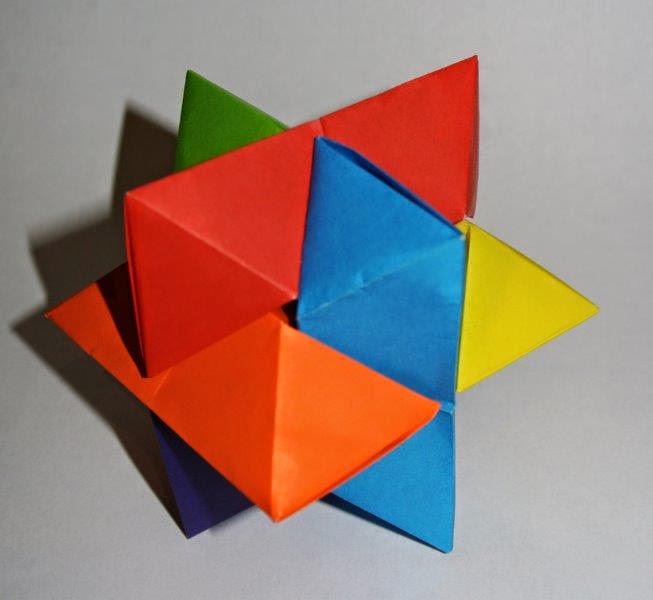