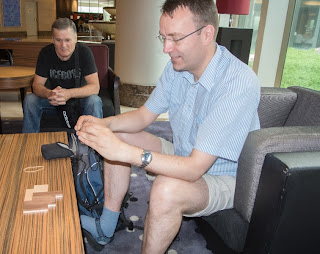 We learnt the importance of checking on the shuttle bus times when we narrowly missed a hotel shuttle and then had to wait almost an hour for the next one. (They're less frequent during the middle of the day and we'd agreed on a leisurely start that morning.) Faced with having to wait for the shuttle, we did the obvious thing and hauled out some puzzles and pretty soon Rob, Wil, Olga, Vladimir and Genady were all puzzling away quietly ... I managed to sort out Vladimir's Bent Nails packing puzzle in short order, but then spent ages on his rocket sliding puzzle and got virtually nowhere... (so I picked up a copy of it from him at the puzzle party on Sunday so that I can beat it at some point... hopefully!)

We took the next shuttle off to the airport and headed into Tokyo on the Narita Express (NEX to its friends) - note to self: NEX is a lot quicker and FAR more comfortable than the local train we'd taken into town the day before! 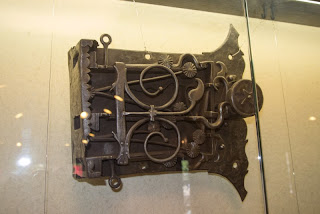 After negotiating the public transport system we arrived at our first stop for the day, the Hori Lock Company. This business has been supplying locks and hardware since 1890 and the company has built up an enviable collection of ancient locks ... Wil had been there a couple of times before and knew that at least one person there spoke English and, hopeful that we'd be allowed to view their collection, we just rocked up and asked for James (the English-speaker!). Sadly it turned out that James was 150 miles away so wouldn't be able to show us around, but undeterred Wil arranged for one of the shop assistants to show us the collection while we pored over the couple of glass cabinets of ancient locks in the shop itself.  We were shown upstairs to a wonderful treasure trove of ancient locks and artefacts that we all spent a while studying and photographing ... quite a privilege.

From there a short walk got us across to the Hakuhinkan Toy Park, a large multi-storey toy store that was known to have a reasonable supply of mass-market puzzles... and it did! We spent easily an hour or two wandering around spotting various little items and pretty much all of us came out with several new puzzles for our collections. At one stage Vladimir had discovered a couple of his own designs and was posing for pictures holding up his cheese packing puzzle. 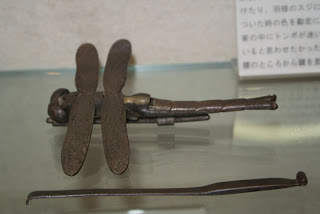 From there we dashed off to the Taito Designers' Village for the tail end of the Tokyo Puzzle Day hosted by Torito with Nikoli and Tribox. We managed to find things still in full swing in spite of arriving half an hour before time was called, and bumped into Marc Pawliger and some of his mates... funny how you can bump into a puzzle-mate from the other side of the world in the back streets of Tokyo without any planning whatsoever!

One of Marc's friends, showed some interest in my little yellow burr and duly managed to take it apart in pretty short order in spite of not being a particularly puzzle-y person ... I told her she hadn't finished until she'd put it back together again so she took up the challenge, and later that evening Marc delivered it back in one piece reporting that she'd been very chuffed to get it back together again!

Torito, Tribox and Nikoli all had stands and were doing a brisk trade even that late in the day, and judging by the number of young folks running around and playing with puzzles, and the general buzz around the place, I suspect the Tokyo Puzzle Day was a resounding success. 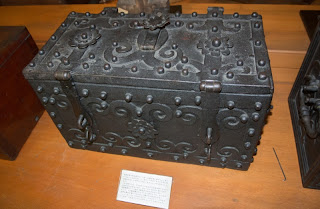 Wil and I parted company from the rest in order to get back to the hotel and managed to get onto NEX this time and then found George Bell at the airport shuttle bus stop so we caught up with him while we waited for the shuttle. Back at the hotel I did all the registration stuff and realised I'd signed up for an outing on Friday that I didn't recall booking... hey ho!

Wandering around in the lobby with my IPP name tag now prominently displayed, I found I was getting greeted like a long-lost friend by all the folks I'd met a year earlier in DC- puzzlers are a really nice bunch! 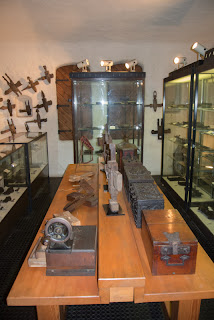 I dumped my day's shopping back in the room and had a quick shower - man it's hot and humid in Tokyo in August! When I got downstairs I found that one bunch of puzzlers had already headed up to one of the hotel restaurants and another slightly more adventurous bunch was about to head out to town in search of an interesting looking restaurant. I hung about for a bit and when Wil pitched up we headed up to the hotel's sushi restaurant for some sushi and sashimi - my first ever taste of both of them - and it was gooood!

There was lots of chat about puzzles and puzzlers over dinner before we headed back down to the lobby to join a bunch of puzzlers merrily ensconced in the free Wi-Fi area. I had a great chat with Marcel Gillen about puzzle designs and the logistics involved in making up 120 exchange puzzles - I learnt a lot from one of the masters in that chat.

At one point Rob Hegge arrived back from town (yip, it was quite late!) with some rather interesting puzzle finds, including a pair of packing puzzles in what look like soup bowls and the objects you're packing in there are either cats or dogs, if memory serves ... not sure about the idea of household pets in soup bowls, but they made for interesting puzzles.

Frans de Vreugd wandered over with his 2.5 year labour of love - a beautifully produced book filled with his gorgeous pictures of Cricket Boxes (or cricket cases if the former reminds you too much of a piece of sporting equipment). It was passed around the group and there were plenty of compliments on the book - and when he began taking orders quite a few of us put our names down for one ... and by the end of IPP he was talking about the desirability of ordering hundreds of them rather than the tens he was initially considering, so I'm guessing there were a lot more folks who were quite keen on them too ... 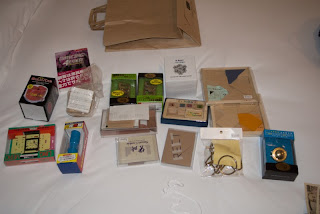