A while back (yikes!...in 2011…) I really enjoyed playing with Phil Tomlinson’s Always Empty Box which I’d acquired via Puzzle Paradise. Previously I’d seen pics of Phil’s rather awesome puzzle cabinets – where the entire display cabinet is one big puzzle box with some pretty well-hidden tricks and locks that need to be defeated in order to get into your puzzle stash.


The Always Empty Box was delightful and a real departure from anything I’d seen before in a puzzle box. The mechanism was pretty unusual and a couple of the moves really took me by surprise.


…so when Phil posted a pic on FaceBook of a new design he was calling the Don’t Shout Box, I paid careful attention. A few copies were listed for auction on Puzzle Paradise a few days later and I piled in to make sure that I managed to snag one of the first few copies available. There was plenty of interest in them and I was well-chuffed a couple of nights ago when I came home to find my Don’t Shout Box waiting for me to play with. 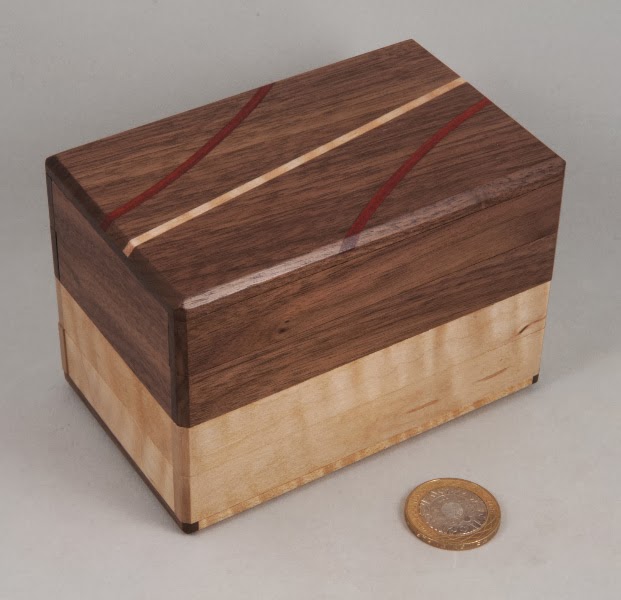 There’s a very clear family resemblance to the Always Empty Box - they look almost identical, they're made from the same woods (mainly curly maple and black walnut) and they’re both decorated with a pair of red inlaid curves on the top. the only difference is that Don't Shout has an additional inlaid maple stripe between the red curves. They look great next to one another.

On my initial casual fiddling I spotted a few rather curious extra lines on the sides that I hadn’t expected – although, in fairness, there were some pretty similar lines on the Always Empty Box - memory is not my strongest point. My next couple of discoveries were a bit more along the lines of what you might expect from this sort of a puzzle box, although they weren’t really where I was expecting them…

…and the next couple of moves are pretty darned unusual – I definitely didn’t see those coming!

And even the final act of opening the box has a lovely little twist to it that might just hold up the unwary a little longer than necessary.


Having opened the box, you should understand where the box gets its name from – it’s a lovely little tip of the hat and a cute little hint that was there all along, only you wouldn’t have recognised it as such until it was too late to be useful. Clever. 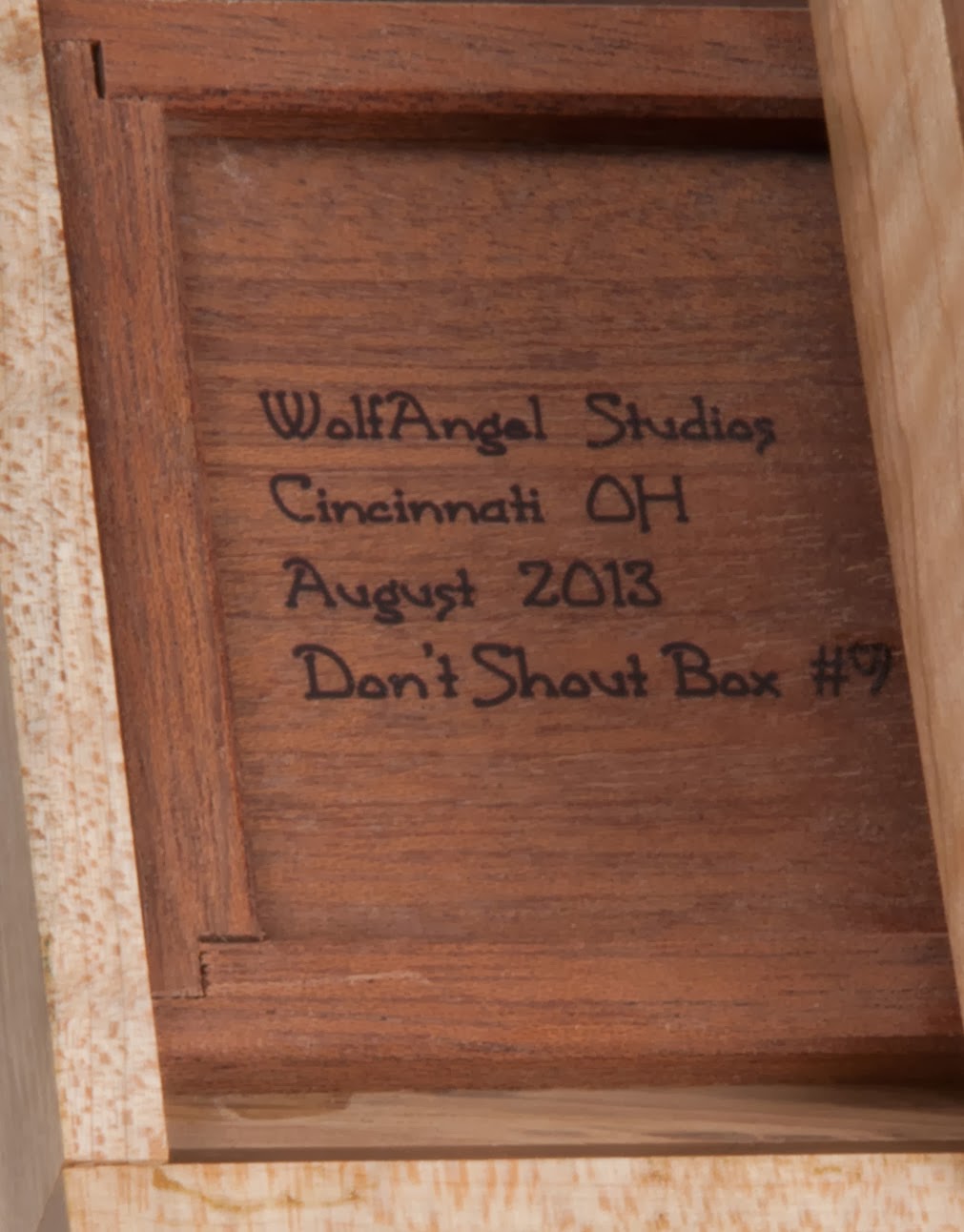 Phil has followed up a terrific first puzzle box with another great design. I think his latest creation throws in some neat new ideas and a couple of twists on some older ones. I really hope that Phil can be convinced to keep channelling his clearly excellent skills at crafting wood into new little puzzle boxes for us addicts, err, collectors – because he clearly has some fantastic ideas judging from the first two boxes he’s given us.


If it’s not thoroughly obvious, I reckon the Don’t Shout Box is a great puzzle box. Phil still has some available for sale, so if you’re interested in bagging one, get in touch with him via FaceBook, or if you’re allergic to that, drop me a line and I’ll put you in touch with him.
Posted by allard at 07:45