So it turns out this is the tenth time I’ve done a Christmas competition – I hadn’t realised that I started doing them on the first Christmas Eve of this blog – and they’ve run all the way through to today… which is kind of cool.

Thanks to the folks who played along this year – a record number for me – twenty-four people had a bash at getting the answer and fifteen of them actually managed to get all the way through to solving it…  so well done to Asher, Goetz, Mike (Q), Nick, Amy, Steven, Matt, Augustin, Brendan, Brett, William (H), Peter, William (J), Jordan and Big-Steve for working out what was beneath my Christmas tree this year.

Big-Steve was the first correct entry in just under half an hour after I put the blog post up, and Jordan came in about 5 minutes later… it was a pretty close-run thing! Pretty much all of the rest of the correct entries came in over the course of Christmas Eve and Christmas day.

Special shout out to Nick for sending the answer in the form of a pair of appropriately positioned pics!

Nine more folks either gave me a token entry or got almost all of the way to the answer before chucking in their towels – James, Klaus, Brent, Josh, Michel, Mike (T), Rob, Ali and Brian – thanks for playing along!!

There were a couple of layers to this year’s puzzle:

... and nobody (not even Nick!) has mentioned the message I'd hidden (clearly too well!) in the blog post for Nick. :-(

The most popular wrong answer came from folks spotting all the Stickman Puzzles, seeing the number 11, and telling me the answer was Stickman 11 – Fulcrum Box…. Totally ignoring the fact that I’d very carefully selected those Stickman pictures, including a couple of places where the same puzzle appeared twice, using different pictures… :-)

I’m going to chalk this year’s record participation up to COVID19 and people running out of things to do during their holidays – that or I’ve finally managed to find a sweet-spot where the puzzles aren’t too horrible… hey it’s only taken me ten years!

Right – the undisputed winner was Big-Steve – a copy of iDventure Cluebox is on its way to you, sir! My random draw went to the (un?)lucky thirteenth correct entry – Mike (Q) – some stuff from my drawer of swaps will be en route to you shortly.

Thanks for playing along folks – and may your 2021 be infinitely better than your 2020! 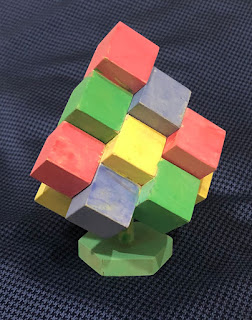 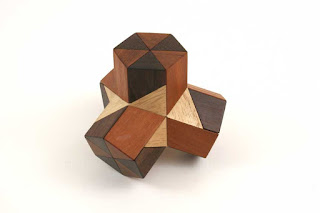